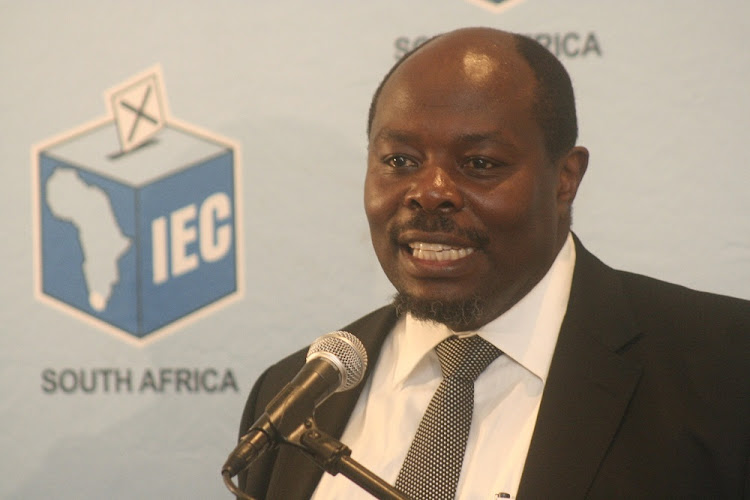 Hundreds of thousands of rand were spent on convening unscheduled by-elections following the deaths of councillors by unnatural causes in KwaZulu-Natal.

That's according to KwaZulu-Natal provincial electoral officer Mawethu Mosery who was giving evidence on behalf of the Electoral Commission to the Moerane Commission of Inquiry investigating political killings in Durban on Monday.

Mosery said political killings have been a serious concern for the Electoral Commission because of their impact on the voting public and how they impair the public’s enthusiasm to participate in constitutional democracy.

“Noting the assumptions‚ allegations‚ scientific views on reasons for political killings or political violence it is within each and every citizen of this province to ensure political tolerance and violence to be put to a stop. It is our submission that we will continue to perform our mandate to promote a climate of conducive to free and fair elections‚” said Mosery.

He told the commission that in the period from 2011 to December 2017‚ a total of 502 sitting councillors were replaced in KwaZulu-Natal.

However‚ Mosery said the Electoral Commission does not record or maintain a record of the cause of death.

Political killings in KZN are among ANC factions over 'who must eat': EFF

The Economic Freedom Fighters (EFF) tore into the establishment of the R15-million Moerane Commission of Inquiry into the political violence in ...
News
4 years ago

The 502 vacant council seats comprise of 391 proportional representative (PR) seats and 111 ward seats. Of the 391 PR seats‚ 93 seats became vacant due to the deaths of councillors while the remaining 281 were as a result of resignations.

Mosery said of the 93 PR seat vacancies resulting from death‚ 19 were confirmed as deaths arising from unnatural causes which may include murder and vehicle accidents. Of the 111 ward seat vacancies‚ 31 were as a result of deaths of the elected representatives.

Mosery said of the 31 ward vacant seats they were able to ascertain that 19 were as a result of death by unnatural causes which may include murder‚ vehicle accidents or other causes.

Mosery also told the commission that political killings have an impact on voter apathy and voter disillusionment as a result of political representatives’ unnatural deaths.

Mosery said another impact was that political killings eroded “the quality of our constitutional democracy where it undermines the integrity and stature of elected representatives as killings give an impression of valueless roles of elected officials”.

He said in comparison with other provinces‚ KwaZulu-Natal still showed more cases of political intolerance.

The breakaway of the NFP from the IFP in 2011 had brought a “new set of circumstances” which encouraged the provincial government and the Electoral Commission to set up a multi-party political intervention committee.

Mosery said the committee intervenes in areas where there are political tensions such as Nongoma‚ Mvoti (Greytown)‚ uMtshezi (Etscourt) and hostels in Durban.

“The committee has been successful in resolving conflicts between political parties and between communities. However‚ in intra-party conflicts and tensions‚ it has been almost impractical‚” he said.

He said usual cases of political intolerance included interfering with other political parties such as the disruptions of campaigns‚ blocking one another from having access to a particular community and defacing of posters.

“The experience and exposure we had is that when tensions or political differences are within a political party‚ firstly it is difficult to identify who are differing parties to that tension or conflict within the political parties.

“Secondly‚ political parties tend to say we have our own internal mechanisms to resolve our differences. They do not welcome an external intervention. And thirdly‚ there is reluctance to share details of the tension and conflict within the party with an external body or institution like ours and consequently individuals do not submit themselves to any process that would either conciliate or mediate by the commission as well as the multi-party political intervention committee‚” said Mosery.

The Moerane Commission continues on Tuesday with Stats SA expected to give evidence. It is expected to submit its report by the end of March.