Two killed in collision between car and bakkie 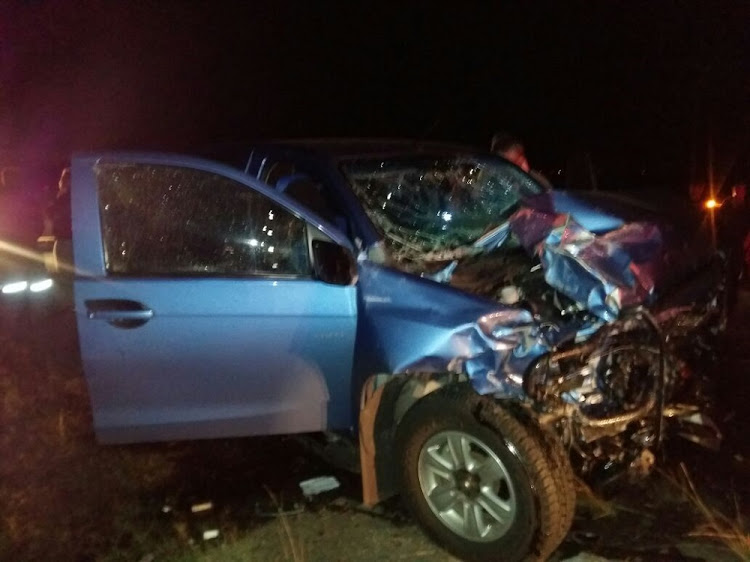 Two killed in collision between car and bakkie.
Image: ER24

Two people were killed and two others injured when a car collided with a bakkie on the R547 between Secunda and Kriel in Mpumalanga on Saturday night.

ER24 spokesperson Annine Siddall said ER24 paramedics arrived at the scene at about 10pm to find a woman in a critical condition still trapped in the bakkie.

“The woman‚ believed to be in her late 20s‚ was extricated and transported to Mediclinic Highveld.

“The driver of the bakkie sustained moderate injuries and he was transported to a nearby hospital by other emergency services on scene‚” Siddall said.

Two people from another vehicle‚ were killed during the collision and were declared dead by other emergency services on scene‚ she said.

A 17-year-old girl has died after a head-on collision involving a motorcycle and a car in Everton near Durban on Saturday afternoon.
News
4 years ago
Next Article