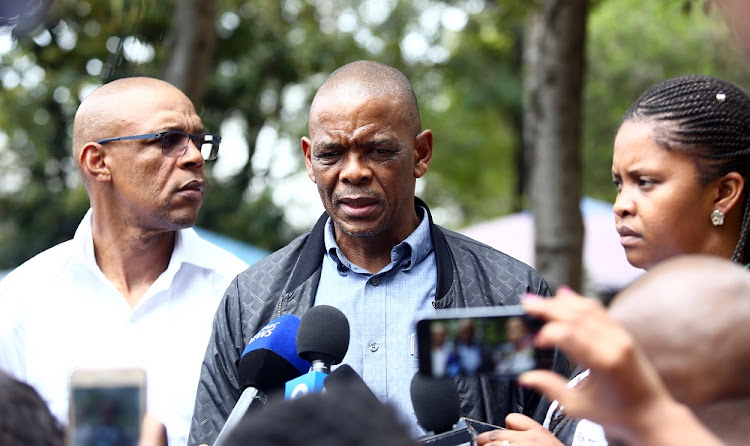 A cabinet reshuffle will not be discussed at the special one-day ANC national executive committee meeting being held at Irene, south of Pretoria, on Sunday‚ ANC secretary general Ace Magashule revealed.

Speaking to journalists ahead of the meeting‚ Magashule said a reshuffle would only be discussed by the ANC top officials and not the NEC as they had no role to play in such decisions.

"It's not an NEC matter. The president will discuss with us (top six) and the alliance partners so it's not a matter for the NEC. It's not the NEC that will discuss and decide ministers and who becomes what. We will be engaging ourselves with the president‚" Magashile said in reference to the party's top brass.

"We will still discuss that [and] there is no need for the president to brief the national executive committee on cabinet or any other matter relating to government‚" he added.

His remarks follows much speculation that President Cyril Ramaphosa will reshuffle his cabinet since ascending to the higher office of the land just over a week ago. The NEC is meeting for the first time since it took a decision to recall former president Jacob Zuma at the very same venue. Zuma was unceremoniously recalled two weeks after the NEC – the highest decision making body of the party - decided to recall him after he had asked for a three to six month "transition" period.

Ramaphosa‚ who beat his rival Nkosazana Dlamini Zuma for the party’s top position at its elective conference in December‚ sat just metres away from her on Sunday.

Dlamini-Zuma appeared to be in a jovial mood when the media was given a photo opportunity before the meeting convened.

The secretary general said that first half of the NEC meeting discussed the state of the nation address‚ the various state of the province addresses as well as the road map to the 2019 national elections.