At least 15 injured in collision between taxi and two cars 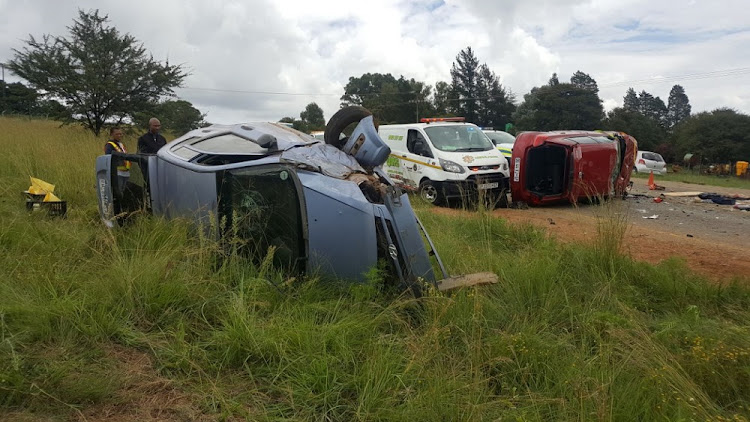 At least 15 injured in collision between taxi and two cars on the N14 in Krugersdorp‚
Image: ER24

About 15 people were injured when after a taxi and two cars collided on the N14 in Krugersdorp‚ west of Johannesburg‚ on Sunday morning.

Injuries ranged from minor to moderate‚ according to ER24 spokesperson Annine Siddall.

“ER24 paramedics were called to the scene at 11h25 and found most of the taxi's passengers outside of the taxi.

“ER24 transported seven of the patients to nearby hospitals for further medical care.

“Eight patients were treated and transported to hospital to by other emergency services on scene‚” Siddall said.

One killed in accident in Modderfontein

One person was killed and another sustained moderate injuries when a bakkie rolled on Meadow Road in Modderfontein‚ north east of Johannesburg‚ on ...
News
3 years ago
Next Article