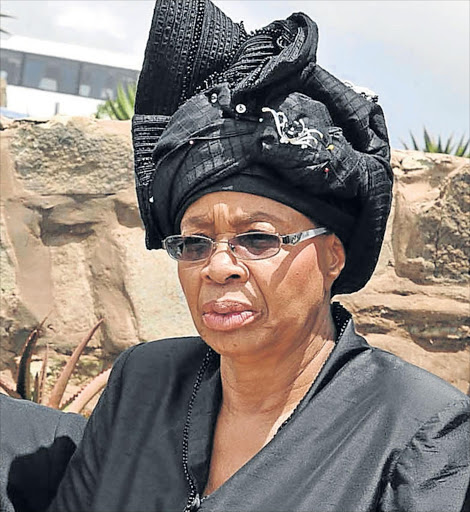 Africa's youth and women need to stand up and take charge as the continent's new leaders.

That was the message delivered by former first lady Graca Machel in Johannesburg on Saturday‚ at the African Leadership Academy (ALA).

Machel‚ speaking at the 10-year celebration of ALA‚ called on Africa's emerging young leaders to remain committed to the cause for the development of Africa.

Machel‚ the widow of late president Nelson Mandela‚ said leadership was about integrity and values and making the choice to lead.

"Our youth must grasp the opportunity to lead. You must continuously check yourself to see that you are still committed to your values which make you want to be a leader."

She said the majority of those living in Africa were young people.

"Our continent has a large youth population‚ who are looking for leaders who they can relate to‚ who they believe will be honourable and committed‚ especially to public service.

Former first lady Graca Machel believes that the lack of adequate nutrition for women and children has had detrimental outcomes.
Good Life
3 years ago

"Our young leaders need to stand up and be counted. They need to embrace the knowledge of their elders‚ stand on their shoulders‚ and take up the challenge of leadership.

"The road will be long‚ it will be difficult‚ but they must have the courage to make the choices and sacrifices needed to serve."

She called on the youth to redefine Africa's identity.

"It can no longer be 'I'. That is not what leadership or Africa is about. Our continent is about its people‚ the 'we'‚ the collective.

"Women and youth have a major role to play in this redefining and development of our continent."

The problems around the role the youth and women had to play in leading Africa‚ said Machel‚ had to be solved today.

"We need our women‚ our mothers‚ our sisters to be treated with dignity and respect they deserve‚ regardless of their age.

"For far too long‚ women have simply been seen as 'she' and inferior. Even with my age and the positions I have held‚ I have experienced this."

She said Africa's youth needed to connect with the continent's roots so that when they become global leaders they could still contribute to the development of Africa.

"The people here are builders of a thriving Africa. It is now time for our youth to take action and ownership of their future roles in our continent through leadership positions."