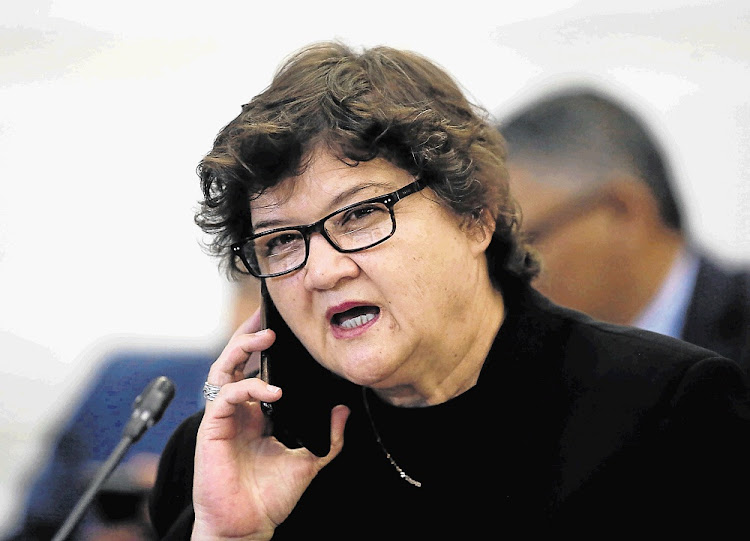 The public protector has found Public Enterprises Minister Lynne Brown guilty of misleading Parliament and given President Cyril Ramaphosa 14 days to take action against her.

The finding was revealed by DA MP Natasha Mazzone on Thursday evening. Mazzone had approached the public protector's office about a reply Brown had given in response to a DA parliamentary question. Brown had denied that there had been an agreement between Eskom and Gupta-linked consultancy Trillian. However‚ reports later showed that either Trillian or a subsidiary company had invoiced Eskom for R266 million.

The Gupta family‚ who are closely linked to former president Jacob Zuma‚ have been embroiled in allegations that they used their political influence to score lucrative business deals.

"The DA urges President Cyril Ramaphosa to act swiftly against the Minister and immediately fire her from his Cabinet‚" Mazzone said in a statement‚ which includes the public protector's report.

"If the President is truly committed to building a government that is beyond reproach‚ he must immediately remove anyone who is found guilty of unethical behaviour from his Cabinet."

The report‚ dated February 22 2018‚ states: "The allegation that Minister Brown deliberately or inadvertently made a misleading statement to the National Assembly when she denied that these were contracts of engagement between Eskom and Trillian Capital Partners is substantiated."

The report goes on to say that Brown "inadvertently misled Parliament" and had violated the executive code of ethics through her "failure to act responsibly and in accordance with her constitutional and legal obligations to be accountable for Eskom as the Minister of Public Enterprises".

Minister Lynne Brown's message to the boards of state-owned companies on Tuesday was "shape up or ship out".
News
4 years ago

Minister Lynne Brown and former Prasa CEO Lucky Montana will be in the hot seat in parliament on Tuesday.
News
4 years ago