Parliament committee worried about Optimum mine 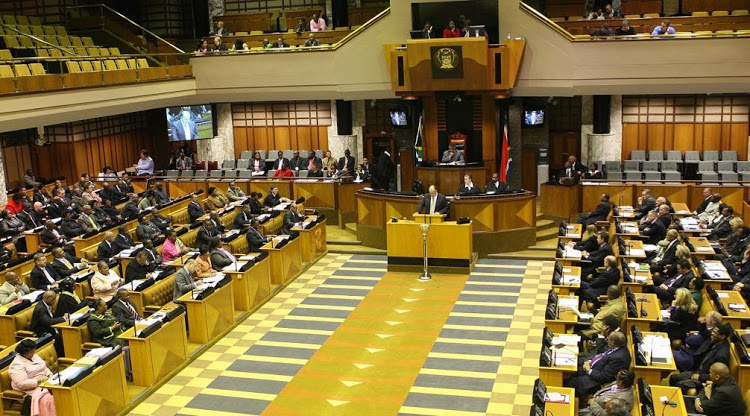 Parliament's portfolio committee on mineral resources has been asked to step in at the Gupta-owned Optimum coal mine in Mpumalanga‚ where workers have been on strike for the past three days.

Eskom said on Thursday it had stopped paying Optimum because of its failure to deliver the required coal to the Hendrina power station.

Below is the full statement from the committee:

The Portfolio Committee on Mineral Resources has noted with grave concern the latest developments at the Optimum coal mine in Mpumalanga‚ in which workers are on strike to demand salaries. The Committee understands that workers are also demanding answers about the future of the mine.

The Committee is in receipt of a letter from the National Union of Mine Workers (NUM)‚ requesting its intervention in the ongoing impasse.

The Chairperson of the Committee‚ Mr Sahlulele Luzipo‚ said the situation at Optimum mine is reminiscent of the events that occurred leading up to the Aurora mine disaster. There‚ workers were not paid for several months before the mine was shut down and its assets stripped by owners.

“It cannot be allowed under this government dispensation that workers are made to bear the brunt‚ while the owners walk away unscathed‚” said Mr Luzipo.

Mr Luzipo further said that the Committee is not convinced by explanations given to the workers by Optimum mine Chief Executive Officer‚ Mr George van der Merwe‚ about the sale of the mine to new owners.

“We call on the Department of Mineral Resources to intervene swiftly and establish with certainty the future of the mine. It should also assist in ensuring that workers are paid‚” said Mr Luzipo.

The Committee welcomes the commitment by President Ramaphosa that he is prepared to go to the mine to find lasting solution to avoid job losses.

Striding confidently with his head up and chest out‚ President Cyril Ramaphosa led a group of about 100 people on a morning walk to promote a healthy ...
News
4 years ago

President Cyril Ramaphosa on Tuesday hosted a farewell cocktail function in honour of his predecessor‚ Jacob Zuma.
News
4 years ago

Ramaphosa has promised to compensate the families of miners who died during clashes with police in Marikana.
News
4 years ago

President Cyril Ramaphosa says government’s decision to institute a review of the configuration‚ the number and the size of national government ...
News
4 years ago
Next Article