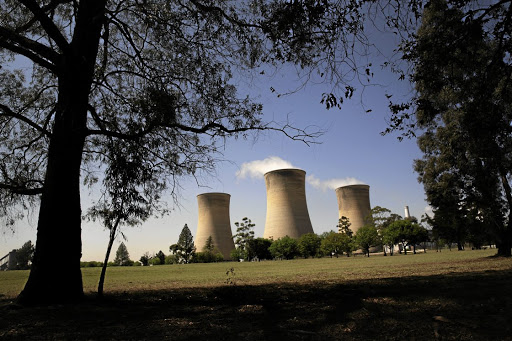 South Africans do not need to fear periods of darkness due to the shutdown and failure of the Gupta-owned Optimum Coal Mine to supply coal to Eskom.

The power utility said it’s capability to generate power from its Hendrina power station will not be affected despite Optimum’s shutdown failure to supply the power utility with coal from February 17. Optimum is the majority coal supplier to Hendrina.

Eskom revealed on Thursday that Optimum‚ which supplies 80% of its coal needs for Hendrina‚ had indicated last week it would be unable to continue supplying coal as it had operational and financial challenges.

Eskom said on Thursday it stopped paying Optimum Coal Mine at the beginning of the month because the mine has failed to supply the agreed amount of ...
News
4 years ago

From Wednesday‚ workers at the mine downed tools as they demanded answers about whether they would receive their monthly salaries due on Friday.

The mine's CEO George van der Merwe held a meeting with the workers on Thursday but could not guarantee that they would be paid. He cited problems encountered with the Bank of Baroda‚ the only bank that has been handling the Gupta-owned company's accounts.

The country's banks have cut down ties with Gupta—owned companies‚ citing reputation risks.

Baroda will leave South Africa at the end of March.

Eskom spokesman Khulu Phasiwe said the small operators‚ which are supplying 20% of Hendrina's coal supply needs‚ have indicated they were willing to increase their output.

"There is also coal from other mines that is supplied to nearby power stations that will be diverted to Hendrina to mitigate against the shortage of supply.

"We are okay. We do not have any risk of coal shortage in the medium term‚" Phasiwe said.

Conditions hazardous at Gupta mine

Hundreds of workers at a Gupta-owned mine have had to go underground with worn-out gumboots which exposed their feet to acid water.
News
4 years ago

However‚ he said these stopgap measures Eskom had taken were not sustainable in the long-term.

"The ideal solution is to have the majority supplier continue with providing us with coal. We are hopeful that Optimum will resolve its issues and resume with supplying coal‚" he said.

Eskom did not pay Optimum from the end of January after the mine failed to meet its quota in terms of the parties' service level agreement. It had imposed a penalty of R105-million on Optimum for its failure to supply Hendrina with 270 000 tons per month.

Phasiwe said Optimum only supplied 118 000 tons of coal for January‚ about 43% of what it is meant to. “We imposed a fine of R105-million for January‚ and their invoice for January was R52-million. Because the penalty was higher than the invoice‚ it would have been reckless to extend money to a defaulting party‚” Phasiwe said.

He added that Optimum's coal supply contract is going to expire in December.