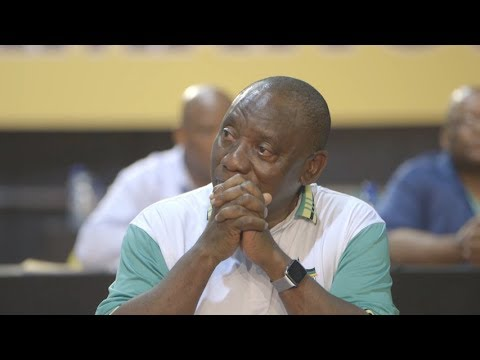 A handful of Economic Freedom Fighters in Mpumalanga yesterday arrived at the Ntaba Nyoni Estate in Badplaas‚ one of President Cyril Ramaphosa's farms.

Justice for all farm workers and dwellers must start at the President of RSA farm @EFFSouthAfrica pic.twitter.com/GXIvM73oFc

Sowetan reports the EFF members demanded the re-instatement of six workers who were fired in December‚ for allegedly stealing fertilisers. The workers denied the theft claim and alleged that they were expelled before they could defend themselves.

EFF have questioned a report that suggests 60% of the party’s MPs have left parliament since 2014.
News
3 years ago

Why EFF red berets will not be in parliament for Budget2018

"The EFF rejects Malusi Gigaba and will boycott the Budget Vote if it is him who will be presenting it."
News
3 years ago

The EFF is calling for allegations of nepotism against mayor Herman Mashaba to be investigated "thoroughly".
News
3 years ago

Cyril Ramaphosa has been sworn in as president of South Africa amid reminders by the EFF and Cope that he brings baggage with him.
Opinion
3 years ago
Next Article