Atul Gupta 'got the cream' of Vrede dairy project 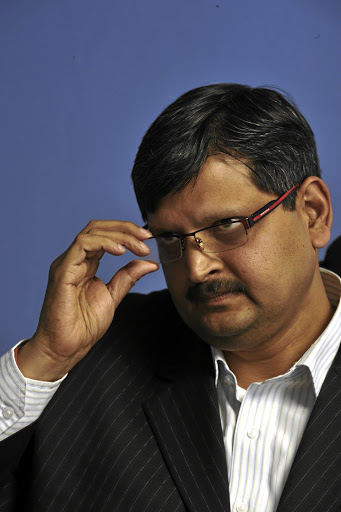 The National Prosecuting Authority (NPA) says it has bank statements that prove that Atul Gupta benefitted from the proceeds of crime in relation to the Vrede dairy farm project.

The information is contained in an answering affidavit submitted by acting Asset Forfeiture Unit head Knorx Molelle in response to Gupta’s application asking the High Court in Bloemfontein to review and set aside the freezing of R10m on his personal bank account.

In January‚ the NPA placed the Gupta family at the heart of a conspiracy to "swindle" R220m from the Free State government‚ which was meant for emerging black dairy farmers.

The unit approached the High Court in Bloemfontein for a preservation order to seize the farm and government grants worth R220m allegedly funneled to companies linked to the Gupta family.

The unit’s indictment showed that R10m out of R220m in government grants that were siphoned off to the Guptas and their associates was paid directly into the personal bank account of Atul Gupta.

Eight people have been arrested and subsequently appeared in court on charges of theft‚ fraud and money laundering in connection with the Vrede dairy farm scandal.

Lawyers acting for the Guptas have denied they are fugitives from justice and have written to the Hawks demanding to see a warrant of arrest for Ajay ...
News
4 years ago

Atul Gupta was in Dubai on February 8 when he signed his affidavit to challenge the National Prosecuting Authority’s (NPA’s) forfeiture unit from ...
News
4 years ago

The bank that helped the Guptas purchase a private jet wants the "missing" aircraft to be grounded.
News
4 years ago
Next Article