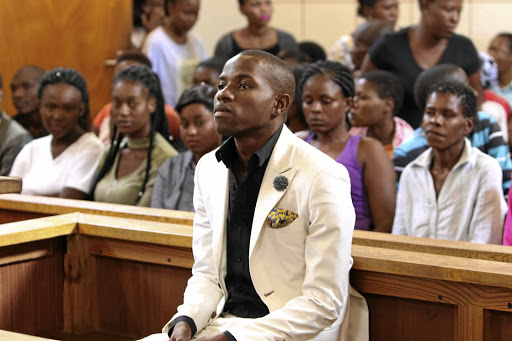 The mother of the convicted Limpopo prophet Lethebo Rabalago also known as ‘Doom Prophet’ has told the Mookgopong Magistrate’s Court today that she will follow her son to prison if he is jailed.

Everista Rabalago, 57, said life without her son at home will be incomplete.

The mother took the witness stand during a mitigation hearing in the sentencing of her son Rabalago who is a pastor at Zion General Assembly in Zebediela.

"He is my everything; he is the only one helping since he is my only son. He protects me and looks after my disability," she said.

Rabalago's mother added that she learned about her son's case through the media after her colleagues showed her newspaper clips.

The ‘Doom Prophet’ was found guilty on four counts of assault with intent to cause grievous bodily harm for spraying a pesticide on his congregants.

The court also found Rabalago unlawfully and intentionally published and distributed on Facebook a false and misleading Doom advertisement.