Conditions hazardous at Gupta mine 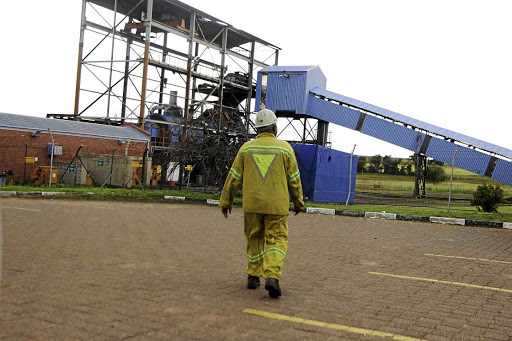 Workers at Koornfontein Mines near Hendrina in Mpumalanga have told of horror conditions at the Gupta-owned coal mine. The mine has also threatened to cut salaries by 20%.
Image: Thulani Mbele

Hundreds of workers at a Gupta-owned mine in Mpumalanga have had to go underground with worn-out gumboots which exposed their feet to acid water.

Sowetan visited the Koornfontein Mines near Hendrina yesterday, and spoke to several miners who revealed horror stories of unsafe working conditions at the mine which employs over 1000 workers.

The mine was found to have breached mining regulations by the Department of Mineral Resources' regional manager Aubrey Tshivhandekano before he was fired.

• there was a dire shortage of protective gear, especially overalls, gloves and gumboots;

• machines were not being fixed, while workers are told to make a plan by stripping parts from other broken machines;

•salaries are not paid on time;

• employees go underground with worn-out overalls without clear reflectors, and;

• mine management was planning on cutting salaries by up to 20%, apparently “to save their jobs”.

A manager who spoke on condition of anonymity told Sowetan: "There were no boots at the stores, what do I do in that situation? "

Zwane to be investigated over state capture‚ MPs decide

A mineworker said: "How do you relax when you hear that the owners of the mine which puts food on your table are wanted by police? It's a very scary feeling for me."

Another worker who had been with the mine for more than 10 years said: "The mine was operating smoothly before the Guptas bought it. The problem started when they stopped paying for spares from early last year."

"We will then take a decision on a way forward on Koornfontein and take the matter to the national executive, which meets in Midrand on Thursday (tomorrow),"
Ratshoshi said.

The mine management had not responded to Sowetan's request for comment at the time of going to print.