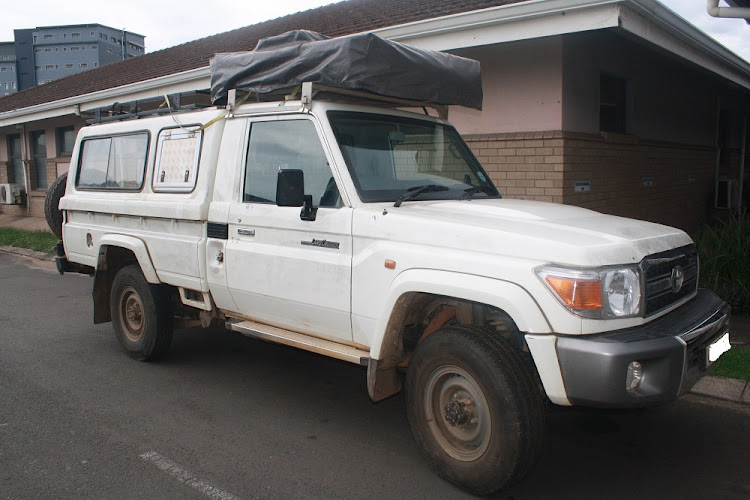 A Toyota Land Cruiser belonging to a Cape Town couple – believed to have been abducted by an organisation linked to terror group ISIS – has been under surveillance for days.

Police and multinational intelligence operatives have been anxiously watching the stolen car‚ understood to be a central cog in the investigation into the elderly pair’s disappearance.

According to the Hawks‚ the couple were abducted near Vryheid on February 12‚ and have been missing since. The identities of the missing Britons are known to TimesLIVE but have been withheld.

Several days after they vanished‚ Hawks counter-terror operatives swooped on a man and woman they are holding under protracted surveillance.

The suspects‚ Sayfydeen Aslam Del Vecchio‚ 38‚ and Fatima Patel‚ 27‚ remain at the centre of the high-level probe. The two who appeared in Vryheid Magistrate's Court on Monday and face charges related to terrorism‚ abduction and possibly murder.

The kidnapping of two Britons in KwaZulu-Natal spurred the British government to issue a terse travel advisory‚ warning of possible attacks on South ...
News
3 years ago

Sources with knowledge of the investigation revealed that the 4x4 used by the couple had been found by vehicle tracking agents near Verulam‚ north of Durban‚ on Sunday. The car had been located via a tracking device fitted inside it.

Sources told TimesLIVE that agents and investigators had then lain in wait‚ hoping to use the car as bait in case those sought for the abduction came back to retrieve it.

It is understood that the car was pulled from the field on Wednesday after surveillance proved fruitless. It was then to be examined by forensic experts.

Hawks spokesman Captain Lloyd Ramovha said that officials would not issue any further information on the case.