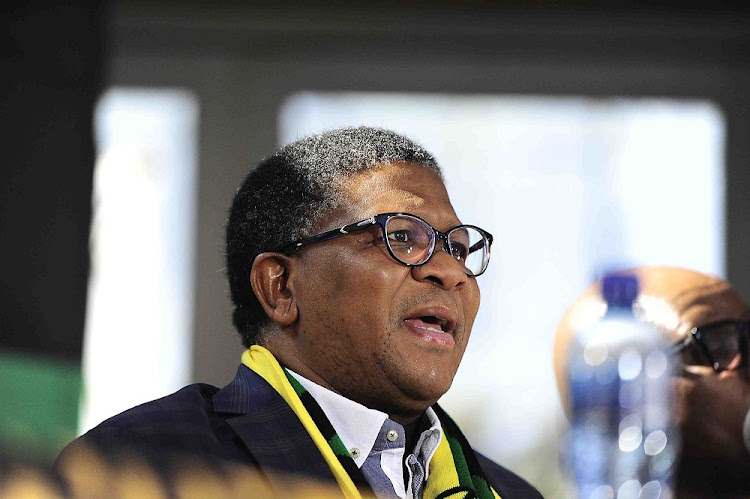 'They must regret the day- Mbalula on Ngcobo police attack.

Minister of Police‚ Fikile Mbalula‚ is furious at suspected robbers attacking a police station in the Eastern Cape‚ during which six people were killed. Announcing he will visit the town later today‚ Mbalula simultaneously called for calm and pledged the attackers would be arrested.

“I call for calm from our members‚ as I am aware how emotional this horrific incident is. Today I have instructed (national police commissioner) General Khehla Sitole to hunt those barbaric criminals and bring them to book.

National police commissioner General Khehla John Sitole has already assembled a top team of his best people to find the suspects who attacked the ...
News
4 years ago

"They must regret the day they sat and planned to attack the State‚” Mbalula said.

While the motive is not yet clear‚ the suspects have stolen firearms from the police station.

“These are very dangerous criminals‚ I urge people to remain vigilant and calm and report any possible suspicion to the police‚” Mbalula added.

His office said "this act further adds to the number of guns in the wrong hands‚ reversing the hard work the police have been doing to clean our streets of illegal firearms and keeping our country safe".

A task team has been activated comprising experienced detectives and the Hawks.