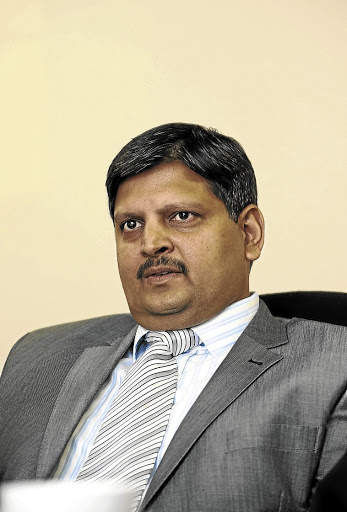 The bank that helped the Guptas purchase a private jet wants the "missing" aircraft to be grounded.

Business Day  reported on Wednesday that Canada’s state export bank‚ which lent the Guptas $41 million towards the purchase of the Bombardier Global 6000 jet registered as ZS-OAK‚ has taken legal action.

Export Development Canada (EDC) applied for an urgent court order last week to force the Guptas to return the aircraft or face having it deregistered. The bank took legal action to ensure it wasn’t "implicated in any illicit or illegal usages".

"The location of the aircraft is now completely unknown‚" said the bank in an affidavit filed at the High Court in Johannesburg.

A flight tracking device aboard the aircraft had been switched off‚ masking its movements‚ which made the bank concerned that it could be used for illicit purposes.

The bounty on the Gupta brothers’ heads has been raised with SA businesswoman Magda Wierzycka offering an additional R500‚000.
News
4 years ago

Ahmed Gani‚ a lawyer representing the Gupta family‚ said the court application would be opposed. The family have reportedly defaulted on some payments for the aircraft.

The Sunday Times reported in January that millions of rands from a Free State government dairy farm project meant to alleviate poverty had been spent by the Guptas on a private jet and a fleet of luxury cars.

The project‚ set up in partnership with Gupta-linked company Estina‚ allegedly saw R220-million siphoned off to the Guptas and others. It is the subject of an ongoing investigation by the Hawks.

EDC said in its affidavit that allowing the Guptas to continue using the jet represented "substantial reputational harm" to the bank.

ZS-OAK was chartered by the SA National Defence Force in 2015‚ taking off from Waterkloof Air Force Base‚ to ferry "military and civilian dignitaries" to the SA Army Combat Training Centre at Lohatla in the Northern Cape.

Minister of Mineral Resources Mosebenzi Zwane was revealed by the Sunday Times to have flown in the past with the Guptas on their private jet on a trip to Dubai and Switzerland.

An application to have the aircraft grounded will be heard on March 6.