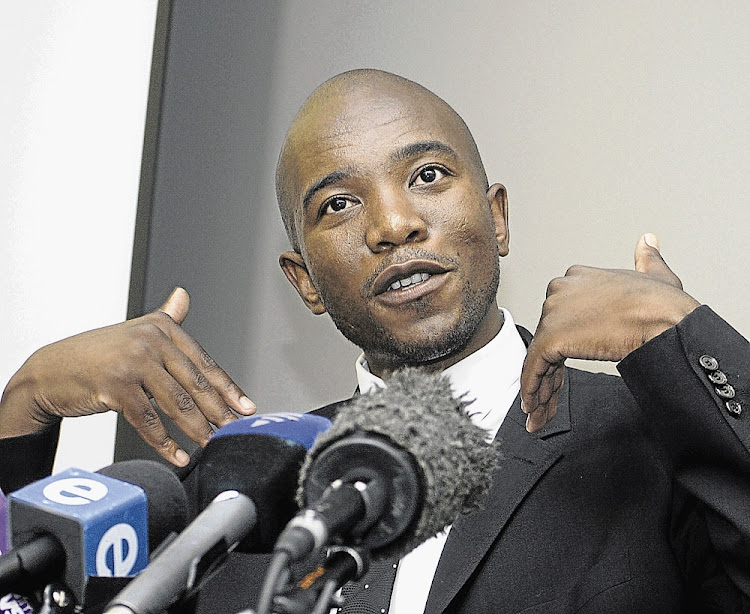 Democratic Alliance leader Mmusi Maimane has described President Cyril Ramaphosa’s first state of the nation address as a mere continuation of the era of his predecessor‚ Jacob Zuma.

“Beyond the fine words of renewal and newfound unity‚ he unfortunately did not fulfil the expectations of the public with a clean break from the Zuma era and a total change from the current tried‚ tested and failed ANC policies that have brought our nation to this point‚” said Maimane on Friday evening after Ramaphosa had spoken in Parliament.

The opposition leader said Ramaphosa had promised no major policy reform‚ instead only tinkering with current policies that had not brought change to the lives of South Africans.

“There were too many conferences and summits announced‚ and not enough clear plans for fixing the problems‚” he said.

Maimane agreed that land reform had to be addressed “with urgency”‚ but would not support Ramaphosa’s comments that it would happen without compensation.

Cyril Ramaphosa delivered his first state of the nation address on Friday as the duly elected president of South Africa.
News
3 years ago

“We agree with the president on the empowerment of black women via land reform. This must not be just for the few‚ and we cannot in good conscience support the regressive policy of redistribution without compensation‚” he said.

United Democratic Movement leader Bantu Holomisa welcomed Ramaphosa’s address. However‚ like Maimane‚ he said it had a ring of familiarity.

“We must caution: we have heard these promises before and I hope that he has an administration that will support him and implement these ideas of his‚ in particular at government level‚” he said.

Meanwhile‚ political analyst Professor Susan Booysen was impressed by Ramaphosa’s articulation of his economic plans and promise of a new era.

“He also showed an intention to be accountable and responsible‚” she said. “There was a lot of motion cultivating a sense of joint accountability. It’s notable that he spoke with an emphasis on economic growth‚ land distribution and agriculture.

“I was particularly impressed by his plan to clear out state-owned enterprises – that they must be revived. It’s very encouraging that he said corruption had to end.”

She also commended Ramaphosa for his commitment to the fee-free higher education programme‚ which was introduced by Zuma shortly before the ANC’s national conference in December.

President Cyril Ramaphosa placed the recovery of the battered economy at the centre of his maiden state of the nation address.
News
3 years ago

Politicians walked the red carpet in style ahead of the 2018 State of the Nation Address(SONA) to be delivered by newly elected South African ...
Entertainment
3 years ago

Newly elected President Cyril Ramaphosa made many promises in his state of the nation address on Friday.
News
3 years ago

These were the top 12 priorities outlined by President Cyril Ramaphosa in his state of the nation address.
News
3 years ago

Ramaphosa announced in his state of the nation address on Friday that he will be appointing a presidential economic advisory.
News
3 years ago
Next Article