The winds of change set to blow cabinet 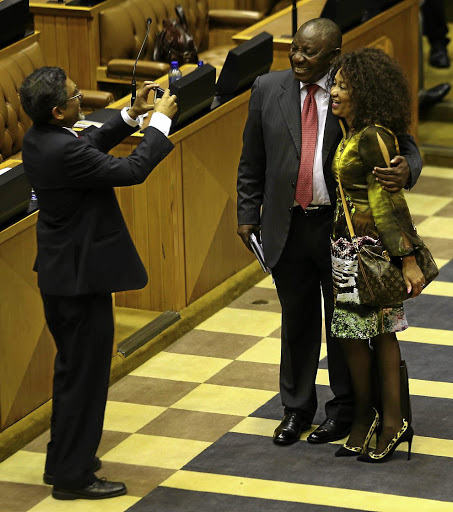 South Africa's newly elected president Cyril Ramaphosa has given a clear indication that he is going to make changes in the cabinet.

Addressing parliament after being elected the country's president yesterday, Ramaphosa admitted that there was a lot of work that needed to be done for the people of South Africa, and that he would need a great team to work with.

"We should choose a great team [to work with] ... that's what our people
deserve, to have a team that will work in their interests.

"Yes, and also that all of us should be able to work and lead our people with great courage," he said.

This is the strongest signal yet that Ramaphosa is ready to make changes to his cabinet as some of the ministers are implicated in corruption.

An insider in the Ramaphosa camp confirmed the impending changes, saying ministers like Bathabile Dlamini and Mosebenzi Zwane would get the chop.

Ramaphosa is expected to address the nation properly tonight when he delivers the State of the Nation Address.

The National Assembly elected Ramaphosa to be the new head of state and government unopposed, as opposition  parties chose not to nominate any other candidate.

Ramaphosa was nominated to be president by ANC MP Patrick Maesela.

His nomination was seconded by long-serving senior ANC MP Joan Fubbs, who is also the chairwoman of the portfolio committee on trade and industry.

ANC MPs burst into the party's latest trademark song, singing "Phakama Ramaphosa, ixesha lisondele" (rise Ramaphosa, this is your time), when his election was confirmed by Chief Justice Mogoeng Mogoeng, who presided over the election.

"I'm trying to adapt to an environment I'm not used to, in a court of law singing is not allowed," jested Mogoeng in response to loud singing by ANC MPs.

National Assembly Speaker Baleka Mbete, who sat next to the new president during the election, hugged and kissed him after his election.

The EFF walked out before the election could take place as they were unhappy that Mbete had refused to heed their demand for Jacob Zuma's resignation letter to be read out.

However, other opposition parties such as the DA, IFP and the UDM pledged to work with Ramaphosa to solve the  country's socio-economic problems.

Ramaphosa said he would be accountable to parliament and that he would introduce regular engagements with opposition parties outside the processes of the national legislature.

"One of the things that I will be seeking to do, I will seek to work with all political parties, and I will start it off with seeking a meeting with all leaders of political
parties so that we can try and find a way of working together.

"And I am heartened by some of the sentiments expressed here about working together. I will do all these as a servant of the people, I will seek to execute that task with humility, faithfulness and dignity as well," he said.

Ramaphosa also appealed to MPs to help restore the public's respect of parliament by raising the quality of debates in the house.

"Let's deal with current moment and work together on how we're going to improve the lives of our people rather than just grandstanding.

"It would be wonderful if the level of
debate in this house can be raised to the level where we can engage on national
issues without screaming at each other, without words like 'point of order' on an ongoing basis and the disorder that has often defined what happens in this House. I would want us to rise to this House.