Ramphosa has no plan: Malema 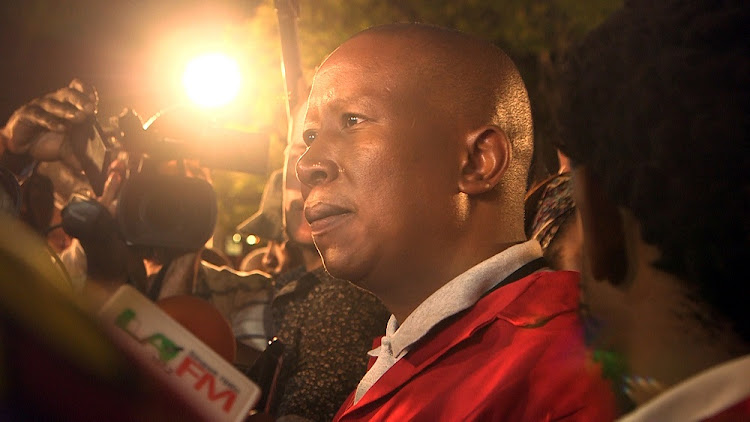 Speaking to eNCA in the wake of the Sona‚ Malema said: “There is no plan. The man told us what we want to hear. He has announced a lot commissions‚ he has announced a lot of seminars‚ that’s the only thing that came out of his mouth. Once a man says that‚ you must know he doesn’t know what he wants to do.”

However‚ Malema said there were some points worth celebrating.

“We welcome the expropriation of land without compensation. We welcome the reducing [the size] of cabinet. We have always said that the South African cabinet is too big and it doesn’t add value to South Africa.

“We welcome changes in SOEs‚ prosecution of criminals in his organisation. He must arrest his own colleagues because they are corrupt‚” Malema said.

He also encouraged Ramaphosa to go through with his promises‚ saying they “gave him a chance today”.

“The president did very well during the address. He's got no idea how he is going to change the lives of our people‚” said Malema.

Ramaphosa announced in his state of the nation address on Friday that he will be appointing a presidential economic advisory.
News
4 years ago

Politicians walked the red carpet in style ahead of the 2018 State of the Nation Address(SONA) to be delivered by newly elected South African ...
Entertainment
4 years ago
Next Article