Ramaphosa carries the hopes of a nation 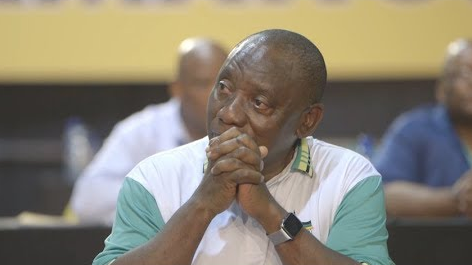 Plea to give new president time to rebuild economy

South Africans should give new president Cyril Ramaphosa time and cooperation to rebuild the fragile economy.

This is the plea from James Motlatsi who worked closely with Ramaphosa at the National Union of Mineworkers.

"Cyril always says what comes first is the country, the people and the development of South Africa," Motlatsi said.

Ramaphosa is seen by the majority of South Africans as a man who could turn the ANC and the country's fortunes around. However, the EFF and the DA said he has been part of the rot that has been happening in the country. They have accused Ramaphosa and other ANC leaders of protecting Zuma.

DA leader Mmusi Maimane said: "Let's never forget that every sign of Zuma's future corruption was there for all to see before he was elected. Now the country looks to Cyril Ramaphosa to save us from a man that he and the ANC protected and supported. We must never allow this to happen again."

Newly-elected President Cyril Ramaphosa will on Friday deliver a State of the Nation Address that will hopefully set the country on a sustainable ...
News
4 years ago

Born in Soweto 65 years ago, Ramaphosa studied law at the then University of the North (Turfloop), now called University of Limpopo, where he become actively involved in student politics. After completion of his studies, Ramaphosa joined the council of unions of South Africa as a legal adviser.

He served under Nelson Mandela as the ANC secretary-general between 1991 and 1997 and played an important role during South Africa's transition to democracy.

Ramaphosa led the ANC team in drawing up a new constitution for the country, which is considered one of the best in the world.

Ramaphosa left politics to join business after he lost out to former president Thabo Mbeki for the position of deputy president under Mandela.

He also snubbed Mandela's inauguration on May 10 1994 because he was allegedly unhappy at being overlooked.

This prompted his detractors to call him a coward.

He made a major political comeback when he was elected ANC deputy president at the governing party's national elective conference in Mangaung in 2012. The move paved the way for him to succeed Zuma.

Ahead of the State of the Nation Address, TimesLIVE spoke to school kids to find what the problems are that the country is facing and what can be done to fix them.

Cyril Ramaphosa has been elected president of the Republic of South Africa unopposed.
News
4 years ago

Cyril Matamela Ramaphosa is now the Acting President of the Republic of South Africa.
News
4 years ago

5 things Ramaphosa must do urgently to right the ship

With President Cyril Ramaphosa starting day one of his presidency on Friday‚ he will be staring down the mammoth task in front of him.
News
4 years ago

The oath is sealed: Ramaphosa is officially the President of South Africa

“So help me God.” Those final words‚ repeated by Cyril Ramaphosa‚ concluded his swearing-in as the fifth President of the Republic on Thursday ...
News
4 years ago
Next Article