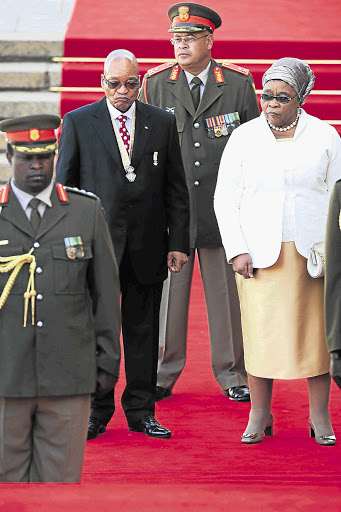 Former First Lady Sizakele MaKhumalo Zuma wants her husband back home in Nkandla after his resignation as state president.

This was revealed by a member of the Zuma family who spoke to MaKhumalo on Thursday after Zuma's resignation on Wednesday night.

The family member said Zuma's first wife said she had seen his removal coming and she had accepted it.

But the family member said they were not happy at the manner in which Zuma was removed.

“It did not show maturity on the part of the ANC. He had done a lot for people's lives and the area.”

For them it is ANC first, and South Africa is way down the tot
Opinion
4 years ago

The Thabo Mbeki Foundation has welcomed what it calls the “long overdue” recall of President Jacob Zuma‚ saying it will provide the possibility for ...
News
4 years ago

President Jacob Zuma resigned as leader of South Africa on Wednesday evening during a televised address to the nation.
News
4 years ago

Jacob Zuma told the leadership of ANC that he felt victimised by the decision to recall him.
News
4 years ago