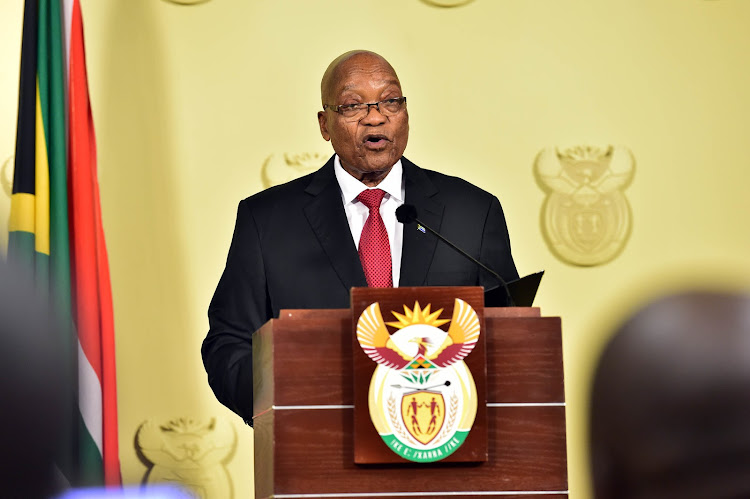 Jacob Zuma addresses the nation on his resignation as President of South Africa.
Image: GCIS/Ngizozo Jiyane

The Speaker of the National Assembly‚ Baleka Mbete‚ confirmed on Thursday that she has received a letter from President Jacob Zuma informing her of his resignation as the President of the Republic of South Africa.

"This has necessitated that the election of the President‚ which was initially scheduled for Friday‚ 16 February 2018‚ be changed to today at 14.00. Effectively‚ this changes the agenda of today’s sitting of the National Assembly from considering a proposed Motion of No Confidence in the President‚ to that of electing a President.

"The Speaker thanks the President Zuma for his service to the people of South Africa in the last eight years and wishes him well."

This is the slightly altered programme of Parliament for the next few days:

- Joint sitting of the National Assembly and National Council of Provinces at 19.00 on Friday‚ 16 February for the President to deliver the 2018 State of the Nation Address

- Reply by the President to the debate on Tuesday‚ 20 February