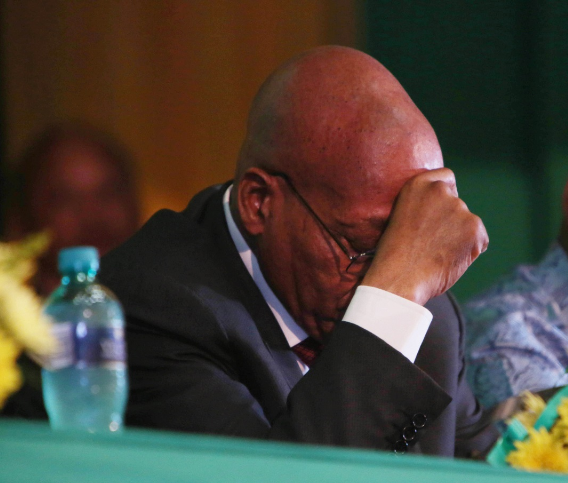 Amid calls for President Jacob Zuma to vacate office‚ his allies on Wednesday woke up to a raid by the Hawks: but what does the timing of the operation say about the political times the country finds itself in?

On Wednesday morning‚ the Hawks targeted the Gupta compound in Saxonwold‚ Johannesburg. Other properties of the family were also raided.

Political analysts shared their views on the purpose of the action.

Dr Mzukisi Qobo‚ associate professor at the Pan-African Institute at the University of Johannesburg‚ says the raid is meant to send a powerful message to the statesman.

“It’s simply to say‚ the law enforcement will be unleashed on you. But I don’t think there should be much celebration‚ these institutions have been defective for too long. It will take time to repair the paralysis‚” Qobo said.

Political economist Moeletsi Mbeki suggested that the raid was political and not intended for the greater good.

“In their [ANC] eyes‚ their constitution overrides that of the country. If the Guptas are guilty‚ why have they not arrested them before? Why now? This shows disregard for the rule of law. The raid was not in the spirit of upholding the law but for political ends‚” Mbeki said.

Speaking on the planned recall of the president‚ Mbeki said Zuma was president by virtue of the constitution‚ not the ANC.

“The constitution is highly compromised in the ANC. Not just under the new boss‚ Cyril Ramaphosa‚ but under Zuma too.” Political analyst Ralph Mathekga said it was clear change was afoot.

“Law enforcers are hitting the mood of a new political climate. Almost to say‚ ‘We are coming for you.’ The timing is significant as it coincides with a period where the president is under siege‚” Mathekga said.

Hawks raided the Gupta compound in Saxonwold, Johannesburg on February 14 2018.

Critics of embattled President Jacob Zuma want disciplinary action to be taken against him for refusing to resign.
News
3 years ago

President Jacob Zuma, who has been recalled by the African National Congress (ANC), will address the media in Pretoria on Wednesday morning.
News
3 years ago

The Thabo Mbeki Foundation has welcomed what it calls the “long overdue” recall of President Jacob Zuma‚ saying it will provide the possibility for ...
News
3 years ago

President Jacob Zuma has told some of his allies that he will not resign because he is angered by ANC leader Cyril Ramaphosa.
News
3 years ago
Next Article