Even his defenders can now see that it's Zuma first, party and nation coming last 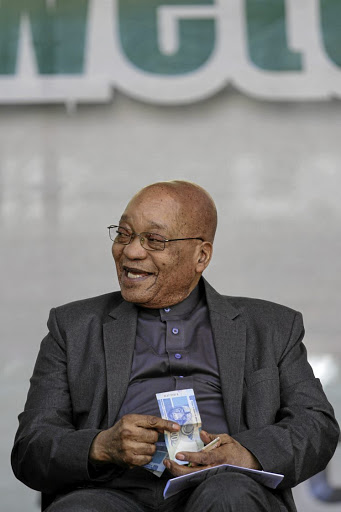 President Jacob Zuma has finally met his fate as the ANC resolves to recall him to save the party's image. /Cornell Tukiri

One of the most startling claims ever made by President Jacob Zuma during his controversial tenure as ANC leader was that his party was far more important than South Africa.

"I argued one time with someone who said the country comes first and I said as much as I understand that, I think my organisation, the ANC, comes first," Zuma told his loyalists during a party gathering in KwaZulu-Natal.

There was much applause from the crowd as he further claimed that the country would have no direction if it was not under the leadership of the former national liberation movement.

"Because those people, if they are not part of the ANC and there was no ANC, they could be misled. They could be under... oppression forever."

Of course there were objections to this thoroughly undemocratic comment, the opposition even wrote to him in parliament demanding that he withdraw these remarks.

But Zuma saw nothing wrong with conflating party and the state even though, on at least two occasions, he had taken an oath of office that essentially demands that one puts the country above everything else.

The Thabo Mbeki Foundation has welcomed what it calls the “long overdue” recall of President Jacob Zuma‚ saying it will provide the possibility for ...
News
3 years ago

Although clearly embarrassed by the statement, some of them stating as much in private conversations, ANC leaders were not willing to call him to order. Some of them, men and women, who sacrificed their youth and were willing to lay down their lives for the liberation of this country, sought to justify his ill-thought views. He was an old-school ANC cadre, they reasoned, who knew nothing better than the party.

But, truth is, as the events of the past few days have reminded us, Zuma cares for neither state nor party.

He has always regarded both merely as means for him to attain power.

The concept of service to the country, and even the party, had clearly long eluded him by the time he was voted into power in 2009.

If he still had it, he would not have refused to step down as the country's deputy president in 2005 following a high court ruling that directly implicated him in acts of corruption and fraud involving his then financial adviser and friend, Schabir Shaik.

Instead, he launched a counter-offensive that, over the decade that followed, threatened to tear apart both party and state.

If he had the interests of either the state or the party at heart, he would have stepped down as head of state following one of the many scandals and adverse court rulings that have dogged his presidency since 2009.

His latest controversy - the refusal to resign from power even though the party he claims to love the most has told him to - is but the final exhibit proving that Jacob Gedleyihlekisa Zuma is about nothing but himself, and maybe his family.

It ought to come as no surprise to anyone that he is behaving this way.

He may be a president of a democratic state, but there has been ample evidence over the years that he sees South Africans as subjects and not citizens.

He does not regard himself as accountable to anyone but, instead, thinks the country somehow owes him something.

As we count down to his imminent demise - resisting it as he may be - we need to have a conversation on why more than 11million of us voted this essentially anti-democratic politician as our young democracy's president, twice!