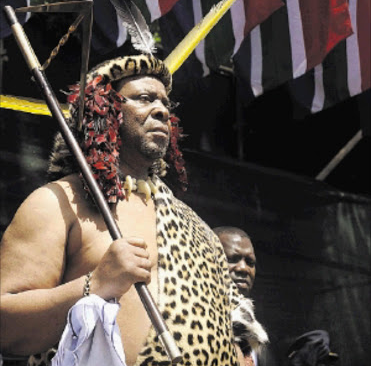 The leaked conversation between a sales rep from the insurance company MiWay and King Goodwill Zwelithini contravened the Protection of Personal Information Act (POPIA).

This was said on Monday by Advocate Johannes Collen Weapond from the Information Regulator during an interview on Radio 702.

“In this case the clip was released to the public which means that confidential and sensitive information between a potential and contracting party was released in the public space and that can then constitute a leak of data.”

The leaked conversation begins with the sales rep addressing Zwelithini by his first name. The king then reprimands the sales rep.

Prince Thulani said on Saturday in a statement on behalf of the royal family they considered it an insult to the Zulu Nation.

“In what the Royal Family regards as a violation of privacy‚ the sales agent phoned His Majesty and addressed him by his name. In the Zulu culture‚ it is highly disrespectful for anyone to address His Majesty by his first name.”

“You [public or private bodies] must then prove that the information that you have in your possession is then lawful and you’ve either got the information in the performance of a contract or concluding some duty which is lawful.”

Weapond said they will approach MiWay to find out what measures they have put in place to prevent similar incidents happening again.

“We at MiWay regret that our sales guy called His Excellency by his first name‚ but he obviously wasn’t aware who he was speaking to. The amazing thing is that His Excellency didn't take offence and (fortunately for us) saw the funny side of it. We salute his humanness!”

We at MiWay regret that our sales guy called His Excellency by his first name, but he obviously wasn't aware who he was speaking to. The amazing thing is that His Excellency didn't take offence and (fortunately for us) saw the funny side of it. We salute his humanness!

Weapond said one of the regulator’s struggles was that POPIA had only been partly enacted. POPIA was partly enacted on April 11 2014 to establish the Information Regulator.

Parliament’s Portfolio Committee on Justice and Correctional Services said on Sunday it supported Zwelithini’s decision to lay a complaint against MiWay.

The Zulu royal family is to take legal action against MiWay insurance company for the leaking of a recorded conversation between a sales rep and King ...
News
3 years ago

Zulu King Goodwill Zwelithini is said to have told President Jacob Zuma to consider going away quietly.
News
3 years ago

Zuma summoned to a meeting with King Zwelithini

Jacob Zuma has been summoned to a meeting with King Goodwill Zwelithini in northern KwaZulu-Natal on Monday.
News
3 years ago

Members of the media were barred from the Ondini Royal Palace in Ulundi in northern KwaZulu-Natal on Monday as King Goodwill Zwelithini held a ...
News
3 years ago
Next Article