How X-ray vision led to success 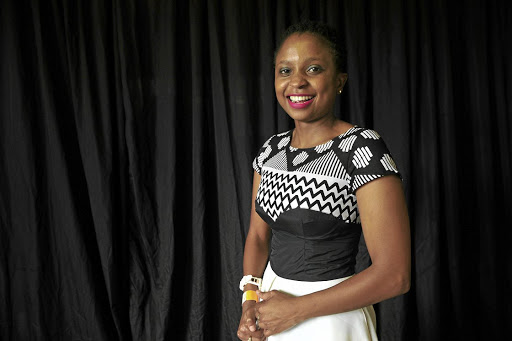 Aphiwe Madikizela's inspiration for starting her business, Ama X-Ray, is rooted in witnessing family members suffering from afflictions, including her grandmother who had joint pain and another who suffers from cerebral palsy.

"Those two incidents contributed to my career choice of being a radiographer. I knew that there was a need to learn more about human anatomy, especially about bones and joints," Madikizela.

"I was interested to know the causes of the pain in bones and how it can be diagnosed early in order for it to be cured or managed."

It was that passion and purpose that drove the owner of the radiography company based in Kagiso on the West Rand to the coveted Entrepreneur of the Year Award last year, along with the services category award at the second Township Entrepreneurship Awards.

The Township Entrepreneurship Awards is an initiative by the Gauteng department of economic development to recognise and reward entrepreneurial talent in the townships.

The 30-year-old spoke to Sowetan against the backdrop of the third official launch of the awards held at Soweto Outdoor Adventures.

"It's very challenging running a business. It requires a lot of energy, dedication and sacrifice, but it is something that is attainable if one keeps their focus," Madikizela said.

Her advice for aspiring entrepreneurs was to conduct research and to never fear asking for help or advice, even from the government.

"If you want something bad enough, you have to get up and get it. You do not require favours or connections to be assisted or to achieve your goals."

Madikizela studied at the University of Johannesburg and had an opportunity to work at the Chris Hani Baragwanath Hospital X-ray department. She said winning the entrepreneurship award has afforded her a number of exciting opportunities that will see her business expand.

MEC Lebogang Maile said it was important for youth to be involved in entrepreneurship-related fields if youth unemployment was to be eradicated.

"In Gauteng, the plight of youth unemployment has hit our young even harder than the rest of the country. The GDED recognises entrepreneurship as one of the enablers for the Gauteng City Region to make considerable inroads tackling unemployment. Recognising entrepreneurship through the Township Entrepreneur Awards cannot be overemphasised," explained Maile.