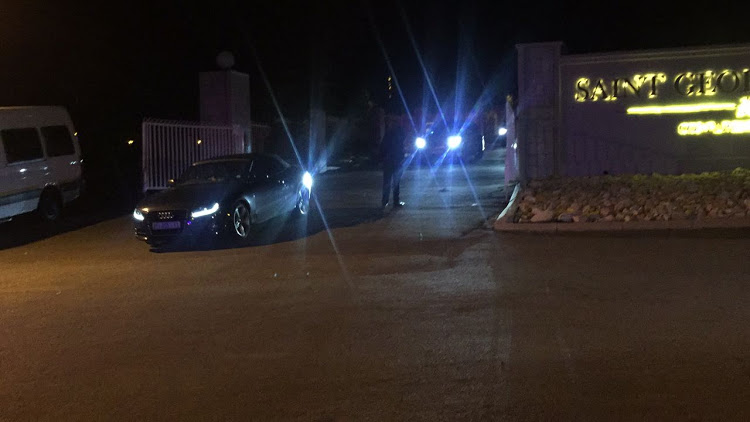 ANC NEC members leave the St Geroge's Hotel after a marathon meeting where, according to sources, the NEC decided to recall President Jacob Zuma after he refused to resign as head of state.
Image: NEO GOBA

It took a brutal 13 hours, but the ANC's national executive committee has decided to recall President Jacob Zuma as head of state.

At around 3am on Tuesday, vehicles started leaving the St George's Hotel in Irene, Pretoria, where the NEC meeting had started at 2pm the day before. Tony Yengeni was the first to leave.

Two highly-placed sources told the publication that the NEC had resolved to recall Zuma after he reportedly refused to resign.

The timeline of the recall, however, is not immediately known - but there was some media speculation that it could be as early as Tuesday morning.

At about 10.30pm, ANC president Cyril Ramaphosa left the St George's Hotel and drove to Zuma's official residence in Pretoria. This, sources said, was to inform him of the NEC's decision that he should leave office. About 90 minutes later, Ramaphosa's cavalcade returned to the hotel to report back to the NEC.

The timeslines aren't known, but two sources tell @timeslive reporter @neo_gee that the NEC has decided to recall Zuma. Here's what we know: https://t.co/MHvBxakJIh

As they left the venue, the NEC members seemed unhappy, with no apparent consensus found over Zuma's future. None were willing to speak to the media.

ANCYL Secretary General Njabulo Nzuza walked out of the venue, and when the media called out to him for details of the meeting, he replied: "Nilale kahle." Translated loosely from isiZulu, this means: "Good night."

He then headed towards what looked like an Uber driver in a Nissan Almera.

Contacted via phone after he left, Nzuza would not comment - but did not deny the recall.

"Let's talk about the matter at a later stage," he said, before hanging up.

Attempts to get hold of the ANC's official communications team were unsuccessful.

The ANC has decided to recall Jacob Zuma as President of South Africa. Here's what they said in their media briefing about their decision.

ANC President Cyril Ramaphosa led a delegation of the party’s top officials to deliver news to state President Jacob Zuma that he has to resign.
News
3 years ago

Baleka Mbete is currently consulting on a request from EFF to bring forward motion of no confidence in Jacob Zuma.
News
3 years ago
Next Article