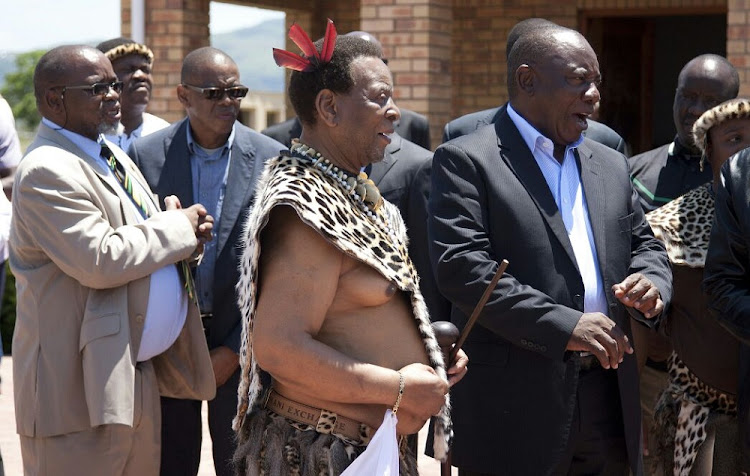 The Zulu royal family is to take legal action against MiWay insurance company for the leaking of a recorded conversation between a sales rep and King Goodwill Zwelithini.

The royal family has labelled the leak as a serious breach of privacy.

The conversation begins with the rep address the king by his first name‚ for which he reprimands the caller.

In a statement issued earlier today by Prince Thulani‚ on behalf of the royal household‚ he says that the King's family had been "inundated" with calls from concerned ordinary members of society.

"In what the Royal Family regards as a violation of privacy‚ the sales agent phoned His Majesty and addressed him by his name. In the Zulu culture‚ it is highly disrespectful for anyone to address His Majesty by his first name.

Zulu King Goodwill Zwelithini is said to have told President Jacob Zuma to consider going away quietly.
News
4 years ago

"Though the employee was remorseful after His Majesty had reprimanded him‚ we are disappointed that instead of making a formal apology‚ MiWay insurance leaked this audio clip to the members of the public."

Thulani added that they did not only consider it an insult to the Zulu Nation‚ "but we believe that it is an indication of a high level of intolerance of the culture and customs of indigenous people of this country".

"Our King is not only the direct heir and descendant of all the Zulu Kings‚ but is also the custodian of the Zulu traditions and customs. He has consistently upheld the timeless culture of respect which is the foundation upon which the Zulu nation is built."

He said the Royal Family was seeking legal advice to take action against Miway.

Thulani said they believed that MiWay should be punished for violating of the Consumer Protection Act.

"The act guarantees the right to privacy and right to fair and responsible marketing.