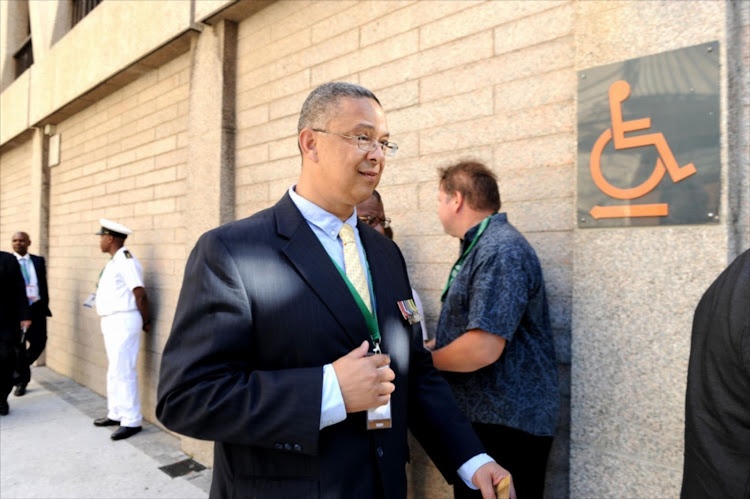 His apparent planned arrest is said to center on the police watchdog's investigation into disgraced national police commissioner‚ Khomotso Phahlane.

Phahlane appeared in the Pretoria Commercial Crimes Court alongside his wife‚ Brigadier Beauty Phahlane‚ and used car salesman‚ Durand Snyman on Thursday in connection with charges of corruption and fraud.

The charges stem from Phahlane allegedly receiving kickbacks for the awarding of lucrative contracts to suppliers while he headed the SAPS forensic division.

TimesLIVE understands that police minister‚ Fikile Mbalula‚ is to be briefed by officials on Sunday on several matters which relate to McBride.

Mbalula's spokesman‚ Vuyo Mhaga said he had left the minister in Cape Town and was unaware of any planned briefings.

Robert McBride granted access to a young relative for Christmas.
News
4 years ago

"Whoever is saying this is spreading malicious rumours. I can say it categorically without fear of contradiction."

But‚ IPID spokesman‚ Moses Dlamini on Saturday night said as IPID they were not surprised that so soon after Phahlane appeared in court‚ "on account of our investigation‚ there is push back and this unlawful attack on the IPID.

"What is staggering is that Phahlane's protection squad continues to undermine a legitimate investigation of massive corruption in the SAPS without anybody telling them to stop."

Dlamini said they were questioning where the "squad's" approval came from.

He said that IPID had informed Mbalula and the national police commissioner‚ Lieutenant-General Khehla Sithole‚ about the news that McBride faced arrest.

"We are of the opinion that IPID is under threat from a criminal syndicate within the police and that these attacks which are based on false allegations are simply a continuation of that criminal agenda. Interfering with the work of IPID is a serious offence."