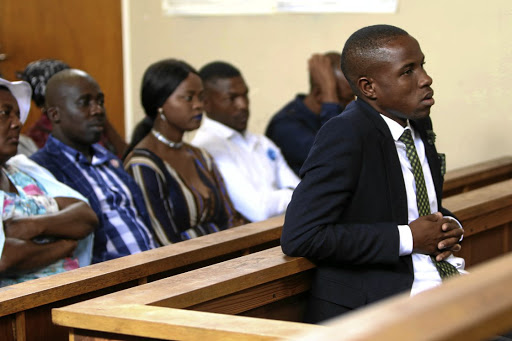 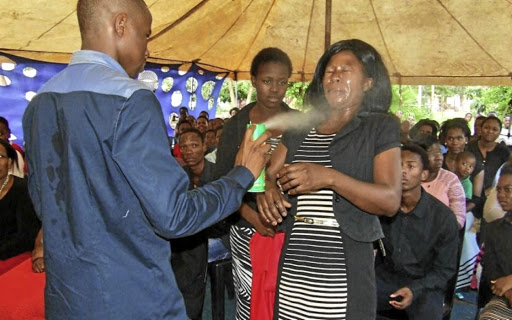 The controversial Limpopo "Doom Pastor" was yesterday reprimanded in the packed Mookgophong Magistrate's Court for chewing gum during court proceedings.

This was after the "Doom Pastor" was observed by Mahodi on several occasions chewing with his mouth open.

Dressed in a dark-blue jacket and a white shirt, Rabalago listened attentively as prosecutor Chris Marume called for him to be found guilty for spraying his congregants with insecticide.

Marume said it was Rabalago's intention to inflict injuries to his congregants. A video of Rabalago spraying his congregants with Doom went viral in 2016. The pastor, now aged 26, said he was instructed by God to use Doom to heal the sick.

The pastor is facing four counts of assault for using Doom on the sick, and contravening Agricultural Act 37 of 1947.

Marume called on the court to find Rabalago guilty on all charges. He said witnesses confirmed to the court that they were sprayed with the insecticide.

According to Marume, Rabalago didn't deny using Doom but denied knowing the complainants.

"Instead of challenging this evidence, he decided to keep quiet. There is strong evidence against him.

"I submit that he must go to jail. There is evidence that the accused wanted to cause harm on his congregants."

The count of assault with intent to do grievous bodily harm was withdrawn due to lack of evidence.

"The state didn't do its best to bring enough evidence to convict Rabalago.

"The witnesses who testified indicated that they didn't sustain injuries from the insecticide, [though] they acknowledged it was wrong to use Doom on his congregants."