On the road with Cape Town's 'water police' 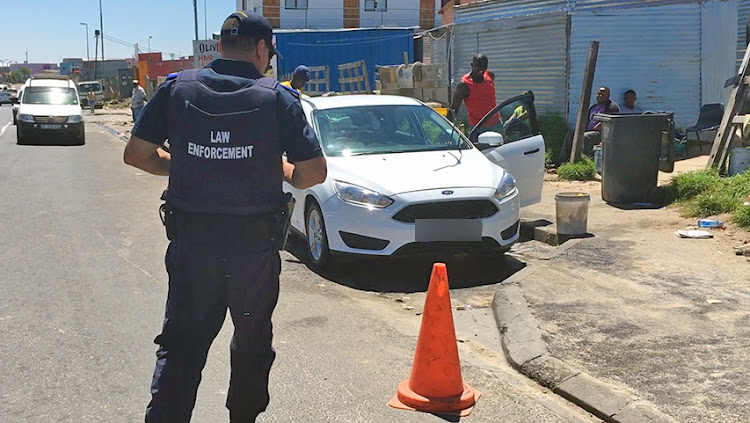 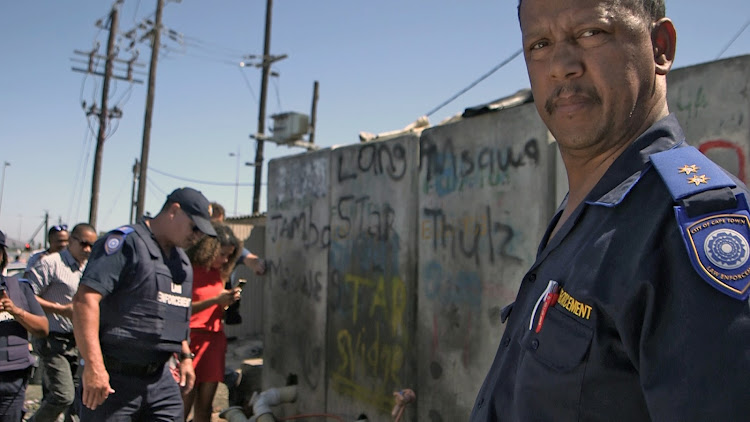 The convoy of law enforcement vehicles had barely caught his eye when a nervous car-washer dropped his bucket of soapy water‚ sponge and fled.

This is how a raid on residents flouting strict water restrictions in the suburb of Dunoon started on Wednesday in Cape Town.

Under level 6B restrictions‚ the washing of cars in the city with municipal water is forbidden. Patrols are being ramped up across the city to clamp down on water wasters.

The car-washer might have hastily absconded on Wednesday‚ but the tools of his trade were left behind. The bucket and sponge were confiscated by law enforcement officers.

Kenneth Marembo was the second person pounced on by officers as he washed his red BMW‚ complete with new mag wheels. The BMW seemed uncharacteristically shiny in a city facing a crippling drought.

He was shell shocked when the officers questioned him. With eyes the size of golf balls‚ the 38-year-old asked‚ “What did I do?”

Farmers' water use was not properly managed‚ says Maimane

DA leader Mmusi Maimane says the Department of Water and Sanitation cannot be exempt from criticism over the Western Cape water crisis.
News
3 years ago

Asked if he knew about the water restrictions‚ he acknowledged being aware of the water shortages but did not think that washing a car would be a serious offence. As officers wrote out R1000 worth of fines - R500 for flouting the water restrictions and R500 for having an unlicenced vehicle - crowds started to gather. Some residents were not happy‚ saying the clamp down would harm their business.

He said that in the suburbs neighbours were outing each other for wasting water‚ but at many informal settlements neighbours tended to turn a blind eye to some wastage‚ like car washing‚ for example. That is why it was easier to catch water offenders in the act here than in the suburbs.

Two men standing next to the panel-beating workshop showed their bottled water to officers‚ indicating they were not drinking tap water but rather “still” bottled water.

At nearby the nearby Joe Slovo residential area‚ Tony Ugwu said he had run a car wash for two years. Before the water restrictions he washed 30 cars a day. To maintain his livelihood‚ he spent R15 000 installing a well point at home.

Abongile Xilongile‚ also from Joe Slovo‚ could not understand what he had done wrong. Why were officers picking on him when there are so many other people disregarding water restrictions‚ he demanded to know. The-22 –year-old was not impressed with his R500 fine that he was left with for washing cars.

Law enforcement officers have their hands full since the start of the water crisis. Over and above the daily tasks of enforcing bylaws‚ they have now become “water police”.

The SALGA has called for a collective effort to deal with the water crisis facing municipalities across the country.
News
3 years ago

As Cape Town officials scoured the city on Thursday to ensure residents were meeting new‚ strict water-use quotas‚ they made a worrying find .
News
3 years ago

Gauteng residents were urged on Thursday not to jeopardise their own water supply by sending truck-loads of donated water to the drought-stricken ...
News
3 years ago

Government and the National Consumer Commission are being urged to rein in traders who are hiking the price of bottled water.
News
3 years ago

WWF SA answers some of the most common questions about safe water as Cape Town counts down to April 16.
Good Life
3 years ago
Next Article