Officials scrambling for new State of the Province Address dates 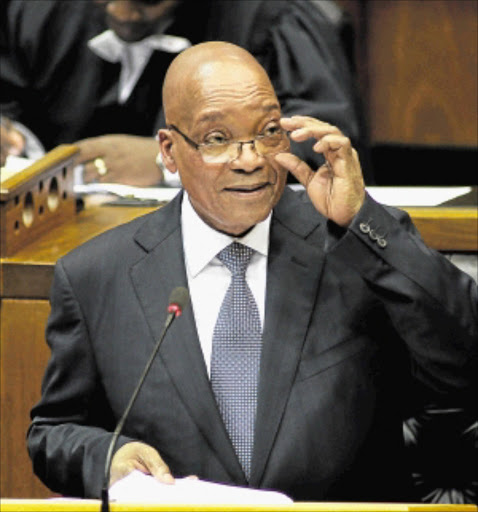 The decision to postpone the State of the Nation Address is likely to hit the provinces‚ with officials confirming they were planning for likely postponements of their own State of the Province addresses.

All four provinces who responded to queries on Tuesday night confirmed they were bracing for delays. Officials in other provinces did not respond to questions or phone calls before deadline.

KwaZulu-Natal Premier Willies Mchunu said a postponement "may just" affect his State of the Province Address (SOPA)‚ scheduled for the end of February.

"But I don't want us to confirm until we know when it [SONA] will be because our SOPA is only at the end of February. So before we know from the national parliament the new date [of SONA]‚ we may not say exactly. But it's highly likely we may be affected‚” he said.

Mchunu said that if SONA was held next week‚ then KZN might get away with not changing its original date.

Future SA has called on Cyril Ramaphosa to ensure that President Jacob Zuma does not deliver Sona.
News
4 years ago

"If we go beyond next week‚ certainly‚ we'll be affected‚" he said.

Gauteng was in the same predicament.

“Indeed SOPA will be postponed since we can’t have it before SONA. We were meant to have ours on February 19. We were told to continue making arrangements‚ but we will see‚” Fezile Nondonga‚ Gauteng Legislature spokesperson‚ said.

The Eastern Cape government on Tuesday night sent out a message to a media WhatsApp group saying that their SOPA “is affected due to change of [SONA] date by Parliament”.

"We are unable to determine the date presently until presiding officers in Parliament pronounce on the new date. We will keep you posted on the developments‚" the message read.

The North West province will also have to take the changed SONA date into consideration.

“Normally SOPA takes direction from SONA‚ so it is likely that we will have a postponement‚ too. We are not sure of the date‚ just like the rest of the country. It probably won’t be shifted. Let’s wait for tomorrow and see happens‚” said Sethunya Kgafela‚ spokesperson for the provincial legislature.

On February 6 2018, National Assembly speaker Baleka Mbete announced that Sona has been postponed indefinitely. Sunday Times political reporter Qaanitah Hunter explains why this happened and what could happen next.

President Jacob Zuma has confirmed that he wrote to the Parliament’s presiding officers to request a postponement of the State of the Nation Address.
News
4 years ago

Speaker of Parliament Baleka Mbete on Tuesday announced the postponement of the State of the Nation Address.
News
4 years ago

'We have won', says Madisha on Sona postponement

The postponement of the state of nation address means that the opposition parties have won.
News
4 years ago

Sona postponement will not be longer than a week: Modise

National Council of Provinces chair Thandi Modise says that a week will be enough to resolve the issues that forced her and Parliament Speaker Baleka ...
News
4 years ago

ANC to meet on Wednesday to decide Zuma's SONA fate

The ANC's powerful decision-making NEC will meet on Wednesday to discuss the "management of the transition between the 5th and 6th administration of ...
News
4 years ago
Next Article