Interesting facts you may not know about Cyril Ramaphosa 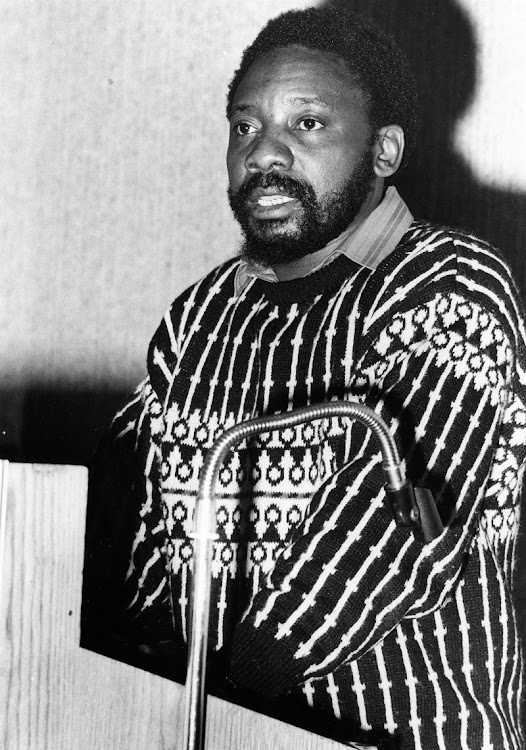 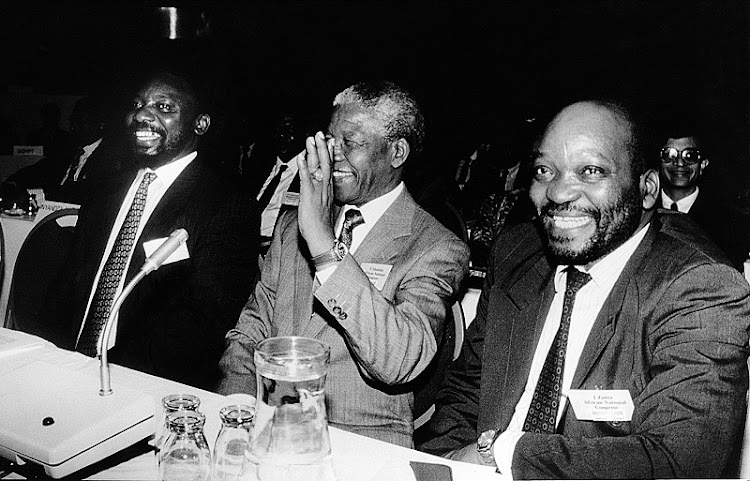 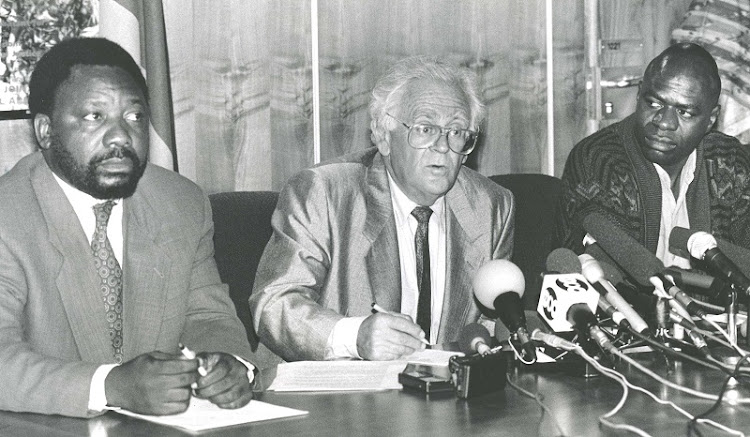 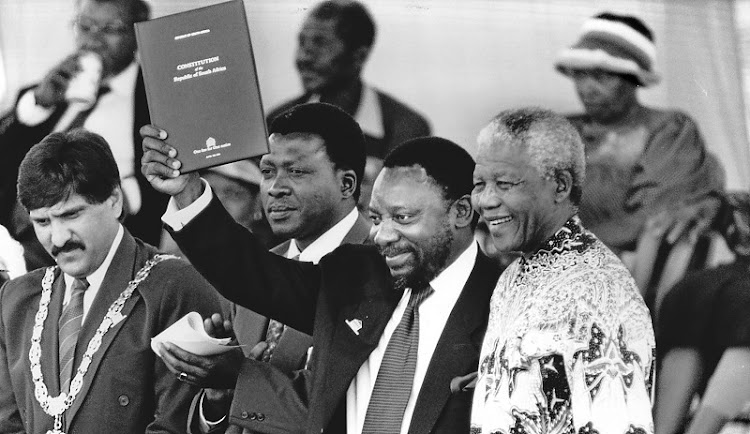 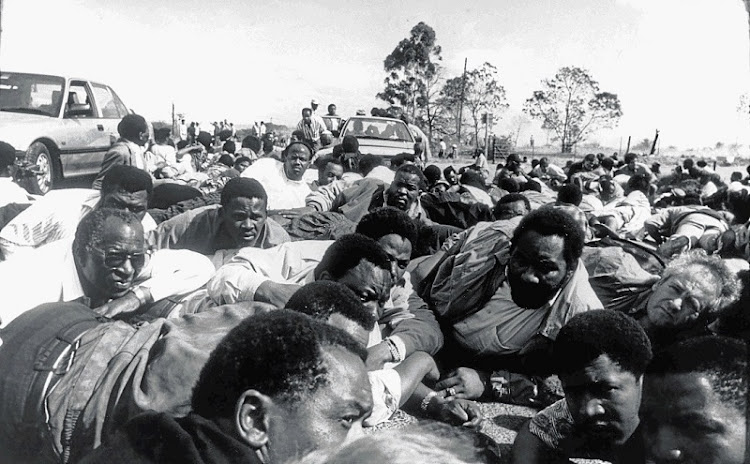 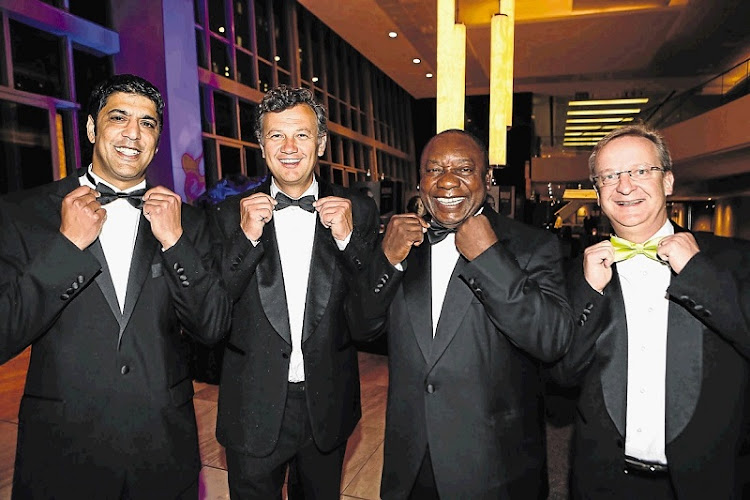 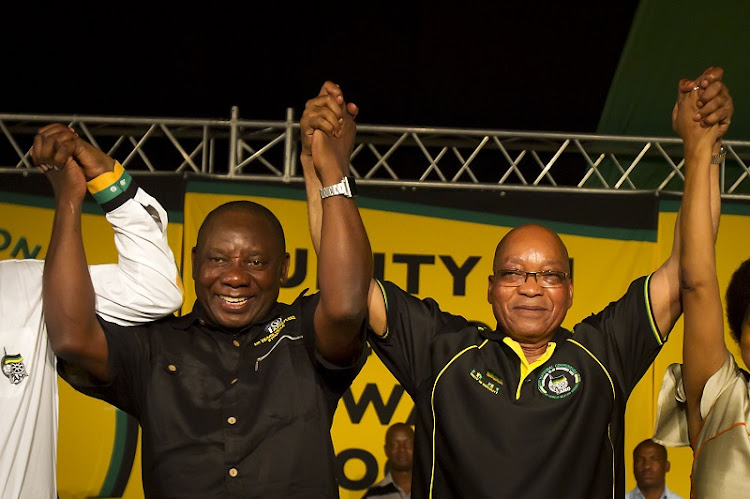 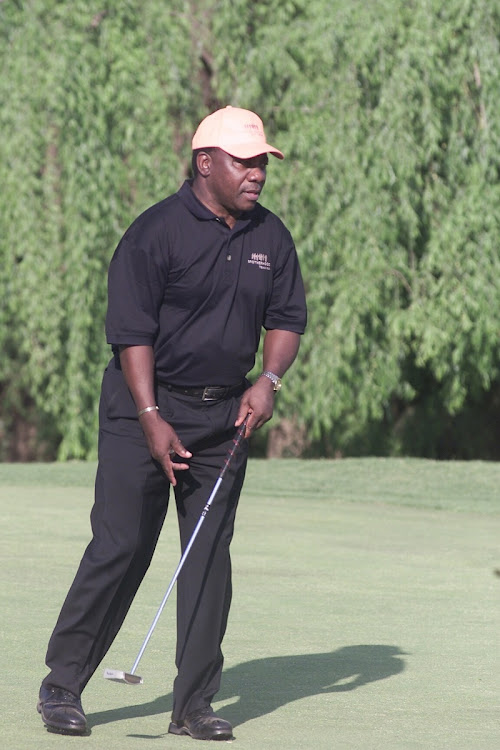 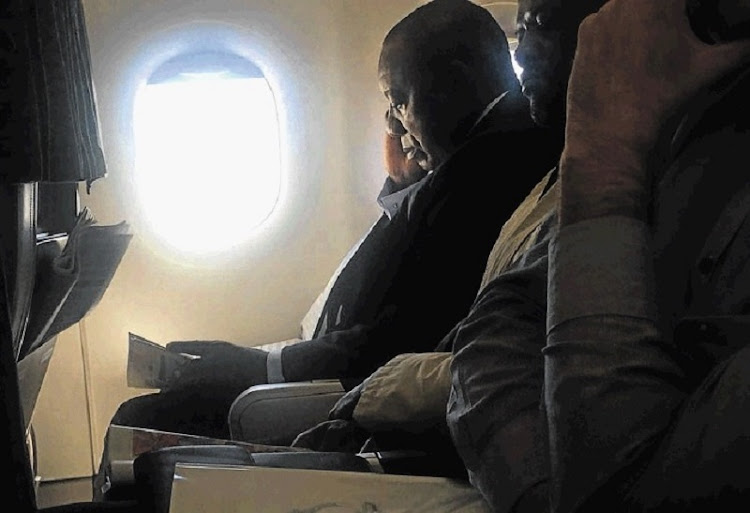 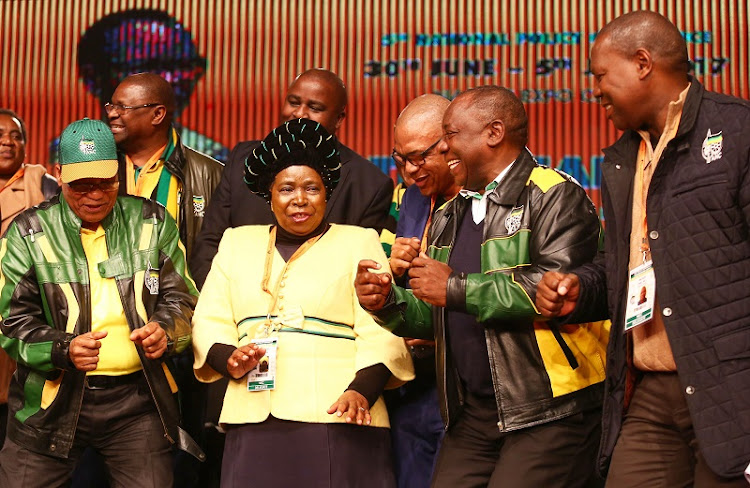 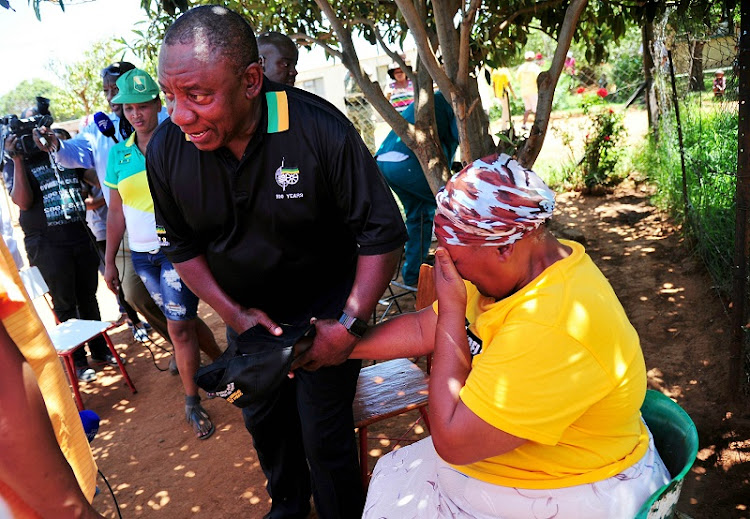 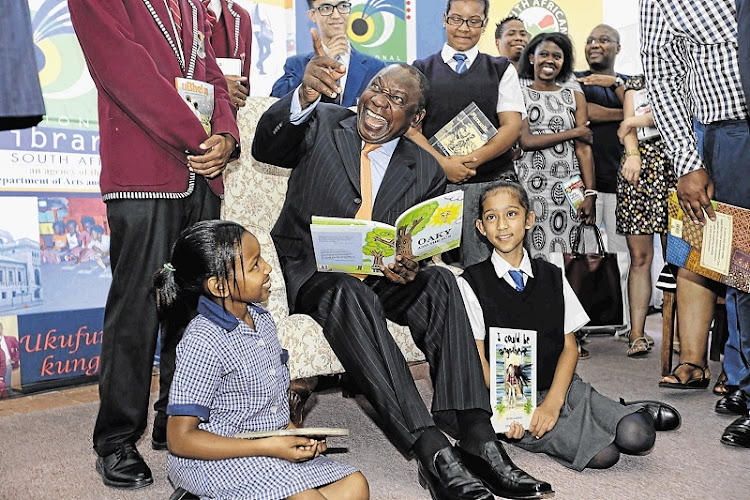 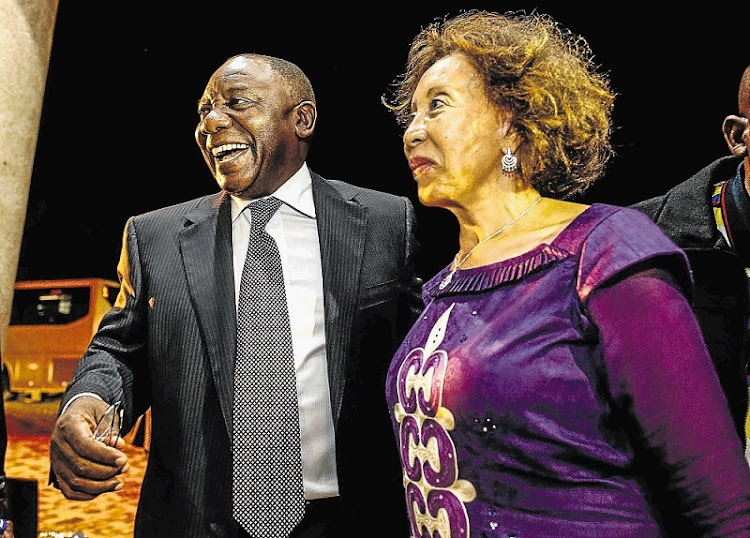 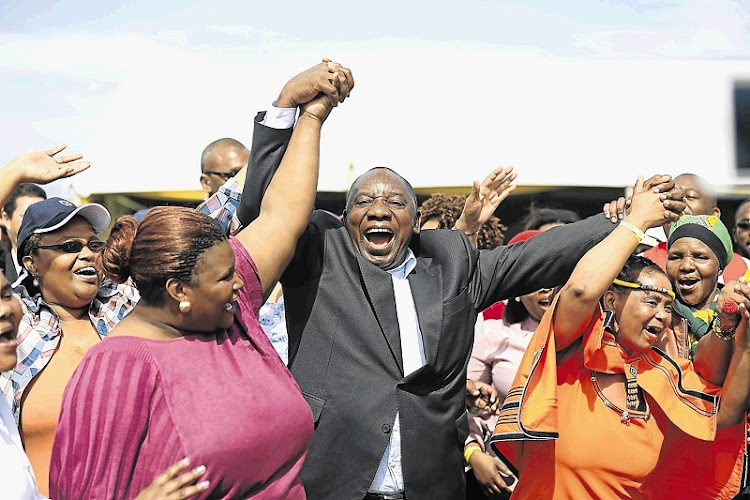 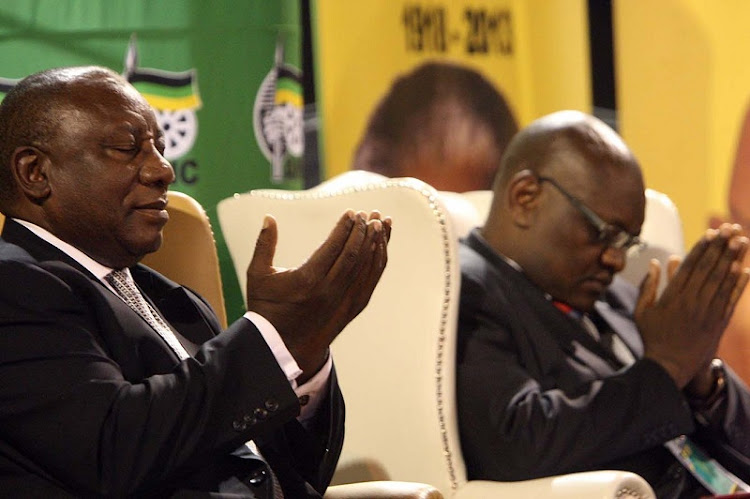 Cyril Ramaphosa, the current deputy president of South Africa and the newly elected leader of the African National Congress (ANC), is a multitalented man who wears many hats.

He is not only a politician but also a businessman, activist, and former trade union leader.

Here is a list of things about Cyril Ramaphosa that you may not know:

1. Matamela Cyril Ramaphosa was born in Soweto, Johannesburg, on November 17, 1952.

2. He is the son of a retired policeman Samuel Ramaphosa and is the second of three children (middle child).

3. His mother's name is Erdmuth Ramaphosa.

" This is not about elections, it is about delivering a better life for our people."

'' I find it very difficult to believe that someone like Gordhan, who has served the country with everything he has and so much pride and total honor, planned to besmirch Zuma and his government overseas, the actions Zuma has [taken] against Gordhan is based solely on assumptions."

“The people of South Africa want action. They do not want words.”

“I wish to pay tribute to Cde Nkosazana Dlamini-Zuma, who contested the position of President, for the manner in which she demonstrated commitment to our movement during the campaign.”

“The actions of comrades who are deployed by the movement should always be informed by the interests of our members and our people, not personal gain.”

4. In high school, Cyril used to sing, dance and preach, which earned him the position of chairperson of the Students’ Christian Movement.

5. In 1971 Cyril matriculated from Mphaphuli High School in Sibasa, Venda, and went on to study law at the University of the North (Turfloop) in 1972.

7. While at university he became involved in student politics and joined the South African Students Organisation and the Black People’s Convention.

8. Ramaphosa was a freedom fighter who was detained as a student activist in the 1970s. He was jailed for 11 months for being involved in the resistance in Pretoria Central Prison and then another six months at the John Vorster Square detention centre in Johannesburg for participating in the 1976 Soweto Uprising.

9. At the age of 30, he became the first general secretary of the National Union of Mineworkers in 1982.

10. Ramaphosa was elected as the first general secretary of Cosatu, a position he held until he resigned in June 1991, following his election as secretary-general of the African National Congress (ANC).

11. When Nelson Mandela was released from prison, Ramaphosa was on the National Reception Committee.

12. According to Jakes Gerwel, former director-general of the Presidency, Mandela "proposed Cyril Ramaphosa rather than Thabo Mbeki as deputy president to the ANC’s senior officials in 1994".

13. In 2011, Cyril bought the McDonald’s food chain in South Africa and announced in 2016 that he had sold it to MSA Holdings, a company based in the United Arab Emirates.

14. Ramaphosa called for police action during the Marikana tragedy as then shareholder of Lonmin mines.

15. He is one of South Africa's richest people with a net worth of R5.67-billion.

16. Ramaphosa is married to Tshepo Motsepe, the sister of billionaire and mining magnate Patrice Motsepe.

Watch a profile on Cyril Ramaphosa:

This video was produced for TimesLIVE just ahead of the ANC's elective conference in December, where Ramaphosa was elected its new leader.

TimesLIVE looks back at Cyril Ramaphosa’s political career as the ANC gathers in Gauteng to elect its new leader.

Deputy President Cyril Ramaphosa says he will gather a team of “many people” to find as many ways as possible to make sure that people of Cape Town ...
News
4 years ago

‘Zuma has not said he wants immunity from prosecution’ - Ramaphosa

“President Zuma has not said he wants immunity from prosecution”, deputy President Cyril Ramaphosa revealed on Thursday.
News
4 years ago

It’s too early to judge Cyril Ramaphosa’s intentions or actions‚ but after the last few days‚ there is no doubting his style.
Opinion
4 years ago

Future SA has called on Cyril Ramaphosa to ensure that President Jacob Zuma does not deliver Sona.
News
4 years ago

The Presidency has lashed out at the South African Community Party over allegations it made on Tuesday that President Jacob Zuma was planning on ...
News
4 years ago

Newly elected ANC president Cyril Ramaphosa has a key role to play in replacing the present hostile environment in mining with policies that welcome ...
News
4 years ago

The Presidency has lashed out at the South African Communist Party over allegations it made on Tuesday that President Jacob Zuma was planning on ...
News
4 years ago
Next Article