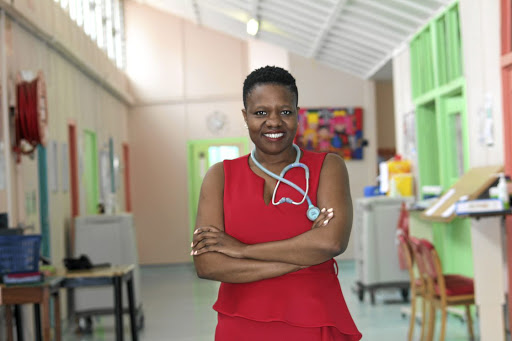 Ngoakoana Mahlachana, 35, is looking forward to joining the battle against childhood cancer after becoming SA's third black person to qualify as a paediatric oncologist.

Sowetan reported last year that Dr Vhutshilo Netshituni made history by becoming the first black medical practitioner to qualify in the field after graduating from Stellenbosch University in 2016.

Speaking to Sowetan, Mahlachana, who grew up in Seshego township near Polokwane, said she can't wait to start working in her field after graduating in October 2017.

Mahlachana, who worked at Steve Biko Academic Hospital, said she became interested in paediatric oncology while doing rotations at different wards within the facility.

She then enrolled at the Wits Medical School to further her studies in paediatric oncology.

"I was impressed by the unit. They had a good system that ran like a well-oiled machine," she said.

Mahlachana said she also loved working with children, adding that paediatric oncology is a unique field.

Dr Shezi is living out her passion

"Not a lot of people want to do it because it is very emotional. You treat patients for three, five or 10 years and some of them die," she said.

Mahlachana said people needed to be educated about cancer so that it can be spotted early in order to save lives.

According to Cancer Association of South Africa's website, survival rates among children suffering from cancer in SA remain relatively low due to late diagnoses.

"Raising awareness among our communities is very important to me. Most children need stem cell and bone marrow transplants, but black people hardly feature on the transplant database," she said.

Mahlachana said finding out she was one of the first black people to qualify would not define her career, but she valued the opportunity to serve her country.

She said she was still waiting to be placed at one of the local public hospitals after  applying for a post recently.

She said while doing her application for the scholarship in 2015 she realised that there were no black paediatric oncologists in the country.

"To be honest, the colour thing did not matter to me. For me this was about making a difference," she said.

Madzhie, who completed her medical degree in 2005 at the Sefako Makgatho Health Sciences University (formerly Medunsa), also furthered her studies at Stellenbosch University during 2017.