Farmers' water use was not properly managed‚ says Maimane 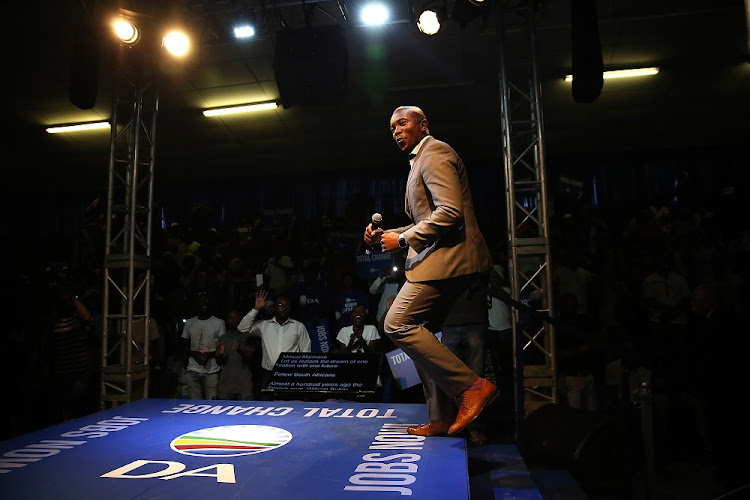 DA leader Mmusi Maimane says the Department of Water and Sanitation cannot be exempt from criticism over the Western Cape water crisis.

But Neilson said the plants were the most expensive augmentation measure‚ and at their peak they would produce only about 20 million litres a day.

This is compared to 200 million litres of much less expensive water from the Cape Flats‚ Atlantis‚ and Table Mountain Group aquifers.

The SALGA has called for a collective effort to deal with the water crisis facing municipalities across the country.
News
4 years ago

Neilson said when alternative water sources were being looked at‚ tenders had been issued for desalination and it only later became apparent that it was the most expensive option.

Farmers have been heavily criticised over the amount of water they have used‚ but Maimane said control of water for agricultural use was a national government function.

He praised farmers from Grabouw and Elgin who opened the sluices of their dams on Tuesday to provide 8 billion litres of water‚ enough to last Cape Town two weeks. Most of the augmentation initiatives which have started bearing fruit were initiated while Cape Town mayor Patricia De Lille was still at the helm of the water effort.

De Lille was removed from her water oversight role in January‚ and Neilson said she should explain why she did not move the city to level 6 water restrictions sooner.

“The city had been operating on level 4 restrictions and running on 600 million litres a day‚” he said.

Since February 1‚ stricter measures have been put in place aimed at reducing consumption to 450 million litres a day.

A DA briefing sheet on “the Patricia de Lille matter”‚ says she was removed from the drought team “in response to serious and material concerns related to her role in contributing to the current crisis and the poor communication of the city’s response”.

It adds: “Critical information was withheld from both councillors and the party. [The fact that] inaccurate or misleading information was provided meant that the party’s brand of good governance was extensively damaged.”