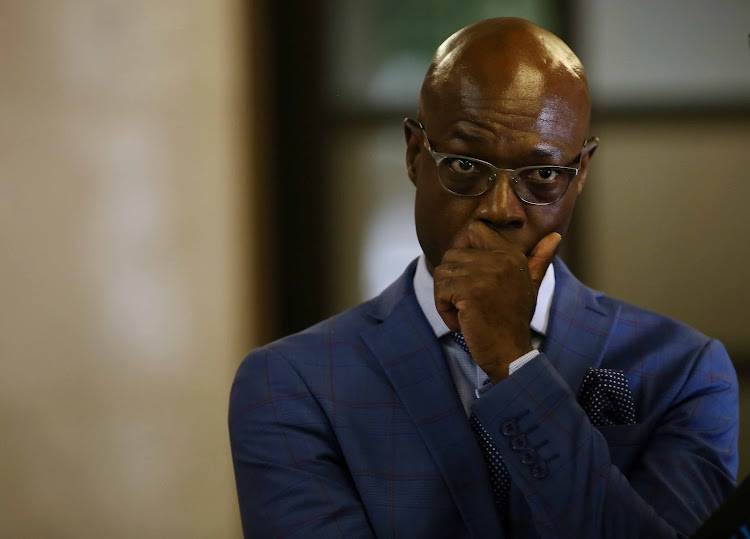 Eskom’s chief generation officer Matshela Koko‚ who is implicated in awarding contracts to a company linked to his stepdaughter‚ is facing a fresh disciplinary inquiry.

Koko was back in the Labour Court on Tuesday to challenge an earlier ultimatum issued by the parastatal that he either resign or be fired.

He had planned to argue‚ in a responding affidavit submitted to the court‚ that the power utility had not followed proper procedure when its newly appointed board gave him the ultimatum.

But that argument‚ according to Eskom‚ was no longer valid as the ultimatum had been dropped‚ fresh disciplinary charges had been instituted and he was on suspension.

Koko fights bid by Eskom to axe him

The Sunday Times reported in 2017 that Impulse International‚ a company in which his stepdaughter Koketso Choma owned a stake‚ was awarded tenders worth close to R1-billion‚ allegedly without proper processes being followed. Koko said at the time that he had no influence over the awarding of the tenders.

An internal disciplinary hearing initially found him not guilty on charges he had acted to benefit his stepdaughter. He was later presented with the ultimatum to resign or be fired by the new board – which he flatly rejected.

In his replying affidavit submitted in court on Tuesday‚ Koko had planned to deny allegations that he was a central player in the collapse of corporate governance at the utility.