Crash victim calls for help but frantic search is too late 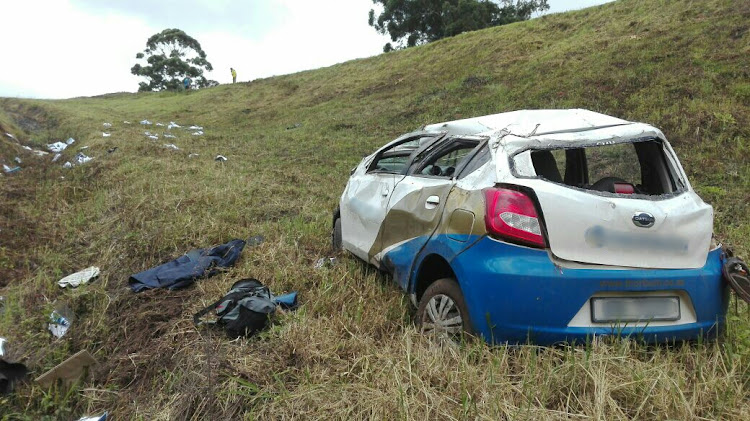 Crash victim calls for help but frantic search is too late.
Image: NETCARE

A man who had climbed out of the mangled wreckage of his car – which had careered down an embankment on the N3 near Peacevale outside Durban – managed to make a desperate phone call for help before he died.

His colleagues who received the call mounted a frantic search‚ which ended when a passerby found the wrecked car on Monday morning.

A driver who survived a rollover crash in the Northern Cape was promptly arrested on drug charges after police discovered “cocaine” stuffed inside ...
News
4 years ago

Netcare911 spokesman Shawn Herbst said that medics had rushed to the scene‚ only to find that the accident had happened hours earlier. “A man believed to be in his thirties was found deceased lying next to his vehicle. It is believed he lost control of his light motor vehicle in the heavy mist and rain early this morning‚” he said.

Herbst said the man had been robbed after the crash.

“On closer inspection it appears the man’s personal belongings‚ including all the contents of the vehicle‚ had been rummaged through and valuable items stolen.”

He said that the police would probe the cause of the accident.