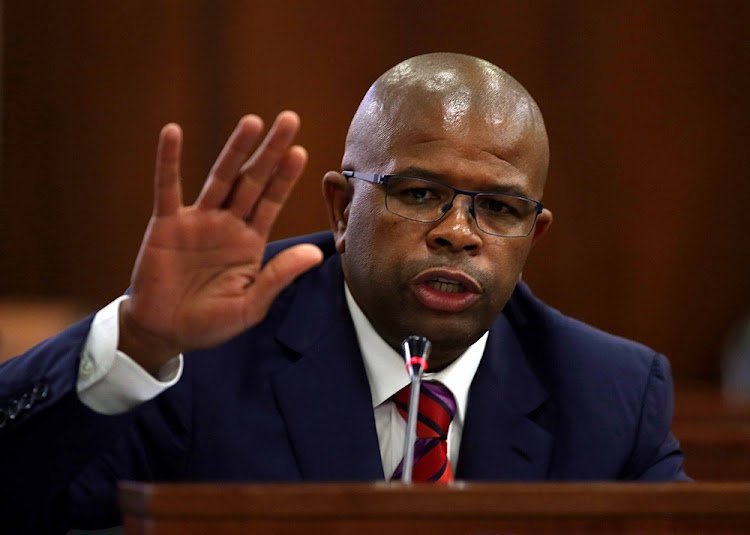 Former Passenger Rail Agency SA (Prasa) Group CEO Lucky Montana gave an explosive account of the machinations of state capture on Tuesday‚ when he appeared before Parliament’s inquiry into Eskom.

Montana gave a 65-page presentation to MPs in which he disputed claims by former transport minister Ben Martins inferring Montana was responsible for irregularities in contracts for locomotives and rolling stock. Montana said it was in fact Martins who introduced him to the Gupta family and to President Jacob Zuma’s son Duduzane and he fought against pressure to give them free rein on Prasa contracts.

Montana left Prasa under a cloud over reports of procurement irregularities including claims that Prasa bought trains that were above the height specifications used in SA. He said the remarks by Martins‚ now the deputy minister of public enterprises‚ were "false‚ unfair" and disappointing.

The Department of Justice says it is finalising the legal process for the commission of inquiry into state capture.
News
3 years ago

His first encounter with Duduzane and the Guptas in 2012 occurred because Martins asked Montana to visit him‚ he said. In September 2012‚ while he was still Prasa CEO‚ Duduzane Zuma and Tony Gupta propositioned him to award contracts to them‚ hinting at kickbacks. He said the meeting took place before he travelled to Berlin on Prasa business. While he was in Germany‚ he received calls from colleagues‚ notifying him that bidders for the locomotive tender complained of being approached to pay bribes for the contract‚ he said.