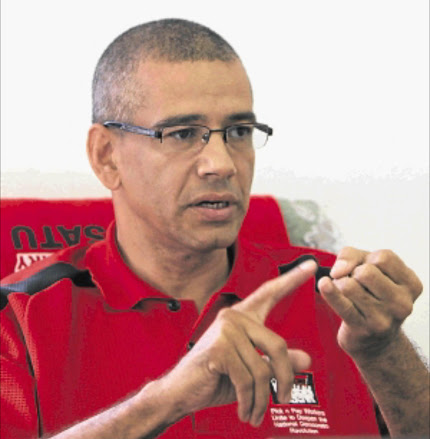 The glamorous hats and outfits of the Sun Met were out in force in Cape Town on Saturday‚ but a planned protest was called off.

Cosatu had threatened to demonstrate at the event‚ in Kenilworth‚ if horses owned by disgraced Steinhoff boss Markus Jooste were to run.

The union federation’s Western Cape head‚ Tony Ehrenreich‚ described Jooste as “nothing but a looter” who had collapsed Steinhoff‚ “taking billions of rands from poor people's pension funds”.

But on Thursday‚ National Horse Racing Authority CEO Lyndon Barends said no horses would be racing in Jooste’s colours and the fallen tycoon would not be earning a cent at the Sun Met.

Ehrenreich said on Saturday: “We will not be protesting today. We feel satisfied that no horses are running for Jooste. There are just a few horses left in the race in which he has a very small stake‚ but it has been agreed that by March even those stakes won’t exist any more.”

Mayfair Speculators‚ the company through which Jooste owned many of his horses‚ faces liquidation after Absa‚ Investec and Sanlam – collectively owed more than R1.2-billion by the company — approached the High Court in Cape Town in December.

Water conservation a priority at the 2018 Sun Met

The event that caters for thousands of horse racing and fashion enthusiasts will not use Kenilworth Racecourse's water this weekend.
Good Life
4 years ago

'No benefit' for Markus Jooste at Sun Met horse race

Markus Jooste's race horses will not run under his colours and he will not benefit from earnings at the Sun Met in Cape Town on Saturday.
News
4 years ago
Next Article