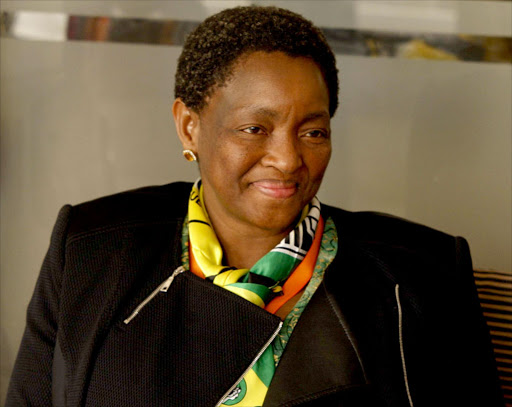 Counsel for former social development director-general Zane Dangor told his former boss‚ Minister Bathabile Dlamini‚ that she may have deceived the Constitutional Court by not disclosing that the SA Social Security Agency (SASSA) would not meet the deadline to pay social grants.

Dlamini is currently appearing at an inquiry into her role in the social grants crisis.

"Minister‚ do you understand that the failure of the department of not disclosing to the Constitutional Court that it may not meet the deadline creates an impression that SASSA was deceiving the court?" asked Dangor's counsel‚ Vincent Maleka SC. Dlamini told him that she was only made aware that the deadline might be missed in October 2016.

The Black Sash Trust ultimately went to the Con Court to inform it that SASSA was facing a crisis – and Maleka questioned Dlamini on why she had failed to do so before the NGO did.

Bathabile Dlamini said there was nothing sinister about her decision to appoint work streams.
News
4 years ago

Dlamini said: "There was a lot going on at the time". Dlamini was also pressed on why she had ignored Dangor's concerns about the workstreams she had set up to deal with the payment of social grants.

Maleka said Dangor had drawn Dlamini's attention to his concerns about the parallel process of the work done by the workstreams and that of SASSA. Dangor‚ through his counsel‚ also contended that Dlamini had not invited him to attend crucial meetings that discussed the workstreams.

"There is no indication in the minutes that Mr Dangor attended any of those meetings. He will tell the inquiry that he did not attend any of SASSA's executive committee meetings‚" Maleka said.

"You did not solicit the advise of Mr Dabgor on the workstreams.” But Dlamini responded: "I do not agree. There were meetings that he attended.” Dlamini said Dangor had many opportunities to advise her on the work of the workstreams – had he wanted to do so.

"It appears to me that it is my duty to follow up on the advisor. The job of the advisor is to advise the minister‚ but now it is made out to look like he is far from the minister‚” she said.

Social Development Minister Bathabile Dlamini is adamant that the measures she put in place to deal with the social grants crisis were "diligent and ...
News
4 years ago

Minutes into a hearing on the social grants saga‚ social development minister Bathabile Dlamini was involved in a standoff.
News
4 years ago

Bathabile Dlamini has opted to give her evidence in Zulu.
News
4 years ago

Social development minister Bathabile Dlamini is likely to face more tough questions on Tuesday at an inquiry into her role in the social grants ...
News
4 years ago
Next Article