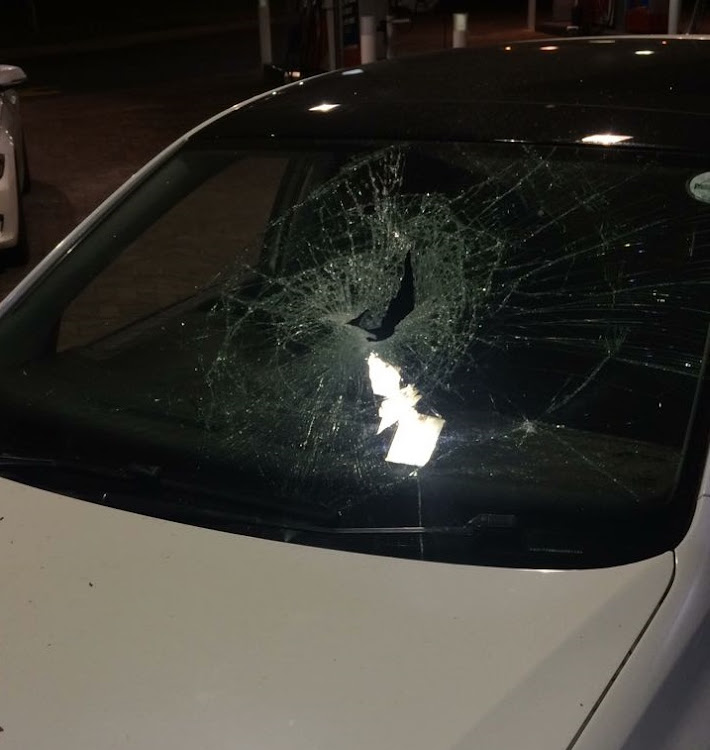 Durban Metro police officers on Wednesday arrested two suspected rock throwers on a bridge that runs over the N2 freeway near Riverhorse Valley.

Spokesman‚ Superintendent Sewpersad Parboo‚ confirmed that the pair had been detained by members of the city police’s K9 Unit.

Parboo said the pair were handed over to police from Greenwood Park.

The arrests come as the city struggles to combat a wave of incidents‚ even flirting with the possibility of erecting steel cages around hotspot bridges to protect motorists from objects thrown from above. At least one of he incidents proved fatal - siblings Amina and Abdur Rahim Haffejee were killed when a rock thrown from a bridge struck their car on the N2 near Tongaat on December 27.

The rock ripped through the windshield and hit Amina - the force of impact causing her seat to fly back and hit her brother. Her distraught husband then drove with their bodies to the nearest hospital they could find.

A reward of more than R250 000 has been offered for information leading to the arrest of those responsible for their murder.

Several motorists have since survived other attacks.