We will deal with consumer debt‚ says Msimanga 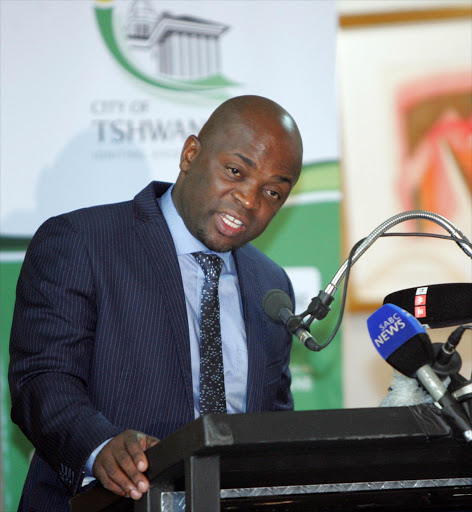 Tshwane executive mayor Solly Msimanga says his administration is coming up with solutions to deal with inefficiencies and serious levels of consumer debt.
Image: ANTONIO MUCHAVE/SOWETAN

Tshwane executive mayor Solly Msimanga says his administration is coming up with solutions to deal with inefficiencies and serious levels of consumer debt.

Briefing reporters on the Auditor-General’s report for the city’s 2016/17 financial year‚ Msimanga said a financial stability plan has been devised to deal with issues raised during the audit process.

“For example‚ Tshwane is operating on 96 different IT platforms. That is not‚ in any way‚ a sustainable way if you want to ensure that there is a seamless way in which your IT systems function. We are addressing these as a matter of urgency‚” he said on Wednesday.

Msimanga added that there are other measures to turn the city around. These include:

Earlier‚ MMC of finance Mare-Lise Fourie told reporters that consumer debt had increased by R1.6-billion to R10.2-billion in the 2016/17 financial year. This was one of the major concerns of the Democratic Alliance-led administration after achieving an unqualified audit opinion from the AG.

Msimanga said his administration had discovered that in certain areas of the city there was no billing at all‚ thus people accumulated a lot of debt‚ not because of their doing. This problem will be addressed through a proposal to council.

“We are proposing to council tomorrow and saying let’s look at a 12-month period. If you commit to pay your bills without failure for the next six months without any failure on your current account‚ then there is a certain percentage of that bill that will be wiped off. The next [portion] of the debt would then be wiped off in the remainder of the year [if you continue paying]‚” he said.

“If you go to Mamelodi‚ almost every other house has tampered with the meters. What we are introducing is a system that we are going to finalise.”

Msimanga said the city is looking at an amnesty mechanism to allow those who have tampered with their meters to comply without having to pay a maximum fine of about R20‚000.

Fourie said illegal connections were not just a township problem but across different areas of the city.

“It is businesses. It is complexes and it touches on every single profile of consumer that we have in Tshwane.”