'I call the shots at ANN7 and The New Age', says Manyi 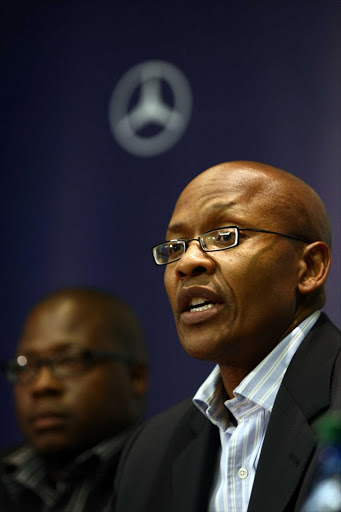 Mzwanele Manyi is adamant that he calls all the shots at ANN7 and The New Age newspaper.

Manyi re-iterated that the controversial Gupta family did not have a say in the daily running of the businesses despite the fact that they provided the funds for the 'vendor financing' agreement.

"I can give it to you categorically that there is no Gupta involvement in this business whatsoever," he said.

Manyi was speaking to the SABC on the wake of news that the Assets Forfeiture Unit will seize Atul Gupta's assets after he allegedly received R10-million from the controversial Estina Dairy Farm project in Vrede, Free State.

"I call the shots here. There is no Gupta involvement whatsoever," he said.

The former GCIS spokesperson acquired ANN7 and The New Age from the Guptas through vendor financing over five months ago.

"The issue of the contract; the time to even renegotiate this contract has not even come. The contract yes, expires in June, this is public knowledge but there's a whole range of negotiations that would happen when we have that negotiation. That has not even started and I'm here, I'm not losing any sleep."

The Gupta family is expected to feature prominently on the terms of reference on the state capture inquiry which are expected to be released by President Jacob Zuma on Thursday.

Deputy Chief Justice Justice Zondo said he would not allow anyone to stop him from getting answers when the inquiry begins.

"I will investigate anybody and everybody‚ no matter who he or she is. If they fall within the terms of reference they will be investigated,"  Zondo was quoted.