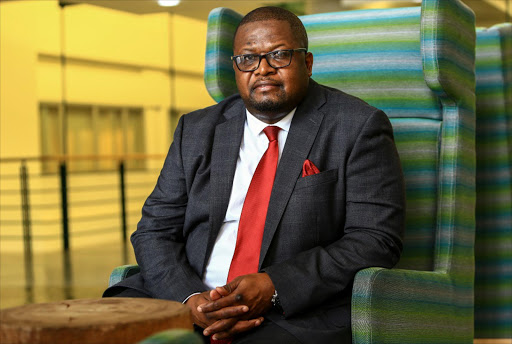 Former SA Social Security Agency (SASSA) chief executive Thokozani Magwaza has accused Social Development Minister Bathabile Dlamini of telling him to back off from the workstreams she had set up to deal with the administering of social grants.
Image: Simphiwe Nkwali

Former SA Social Security Agency (SASSA) chief executive Thokozani Magwaza has accused Social Development Minister Bathabile Dlamini of telling him to back off from the workstreams she had set up to deal with the administering of social grants.

"Mr Magwaza will say that you told him to focus on the day to day running of SASSA and leave the work of the workstreams you had established‚" Richard Solomon SC‚ acting on behalf of Magwaza‚ told Dlamini.

"How could I have said that a CEO must not be involved in the work of the workstreams?" Dlamini retaliated.

Dlamini is appearing before an inquiry into her role in the social grants crisis. She has maintained she did nothing wrong and that the workstreams set up to deal with the saga had been "competent and diligent" in their job.

She has told the inquiry that trouble started when Magwaza became chief executive.

Magwaza's counsel however‚ told Dlamini that he will testify that Dlamini had instructed SASSA to not interrupt the workstreams.

Social Development Minister Bathabile Dlamini is adamant that the measures she put in place to deal with the social grants crisis were "diligent and ...
News
4 years ago

"Mr Magwaza will say that you took direct ownership of the implementation process and that the executive committee of SASSA was marginalised.

"By having this reporting structure you bypassed the executive committee."

Dlamini argued that Magwaza knew‚ and was part of‚ the decisions taken pertaining to in-sourcing the payment of social grants.

"Mr Magwaza had signing powers. There are documents he co-signed during the process which serve as evidence. I don't get what it is that suggests that I am to blame for everything‚" Dlamini said.

The Constitutional Court last year ordered that an inquiry be established before it could rule on allegations that Dlamini was to blame for the grants fiasco. The court ordered that all parties involved in the matter appoint a judge to investigate whether Dlamini should be held liable for the saga.

Retired judge Bernard Ngoepe has since been appointed to head the inquiry.

The Black Sash Trust had approached the court in March last year after SASSA acknowledged it would not be able to pay millions of grants from April 1‚ despite promising the court in November 2015 it would do so.