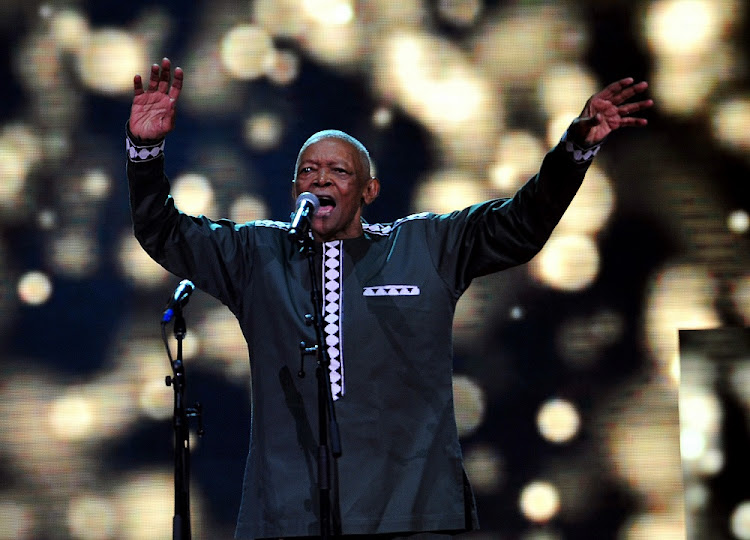 Talent management company DreamCatcher, confirmed the news through a press statement, adding that 'Bra Hugh', as he was fondly known, passed away peacefully in Johannesburg, while surrounded by family.

The musician's team released a statement in October saying he had been battling prostate cancer since 2008.

The statement explained that the jazz veteran underwent eye surgery in March 2016 after the cancer spread, and had to go into theatre again in September 2016 as another tumour was discovered.

Struggle stalwart and National Poet Laureate Prof Keorapetse Kgositsile died at the age of 79 on Wednesday.
News
4 years ago

In December, the musician's manager Josh Georgiou confirmed that the musician was fighting the disease with everything he had.

Bra Hugh was born in KwaGuqa township in Witbank and began singing and playing the piano as a child.

After seeing the flick Young Man with a Horn at 14-years-old, Masekela began playing the trumpet. His first trumpet was given to him by Archbishop Trevor Huddleston, an anti-apartheid chaplain at St. Peter's Secondary School.

He soon mastered the instrument and by 1956 joined Alfred Herbet's African Jazz Revue. Bra Hugh's music was inspired by the turmoil that South Africa went through during  apartheid and he said it was used as a weapon to spread political change. 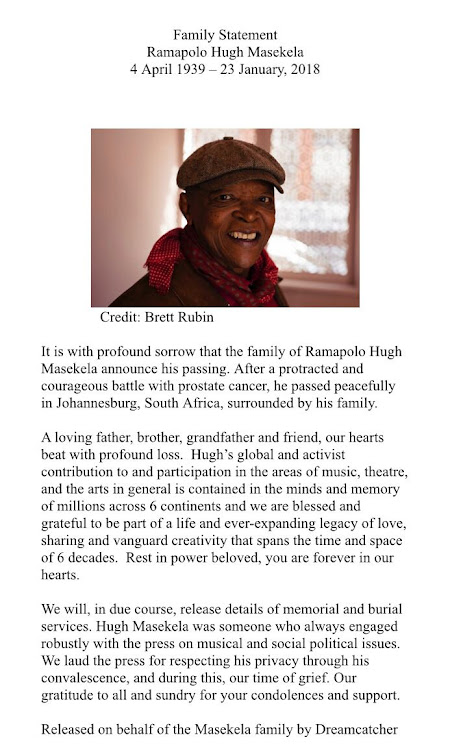 Hugh Masekela was terrified of losing his ability to speak South African languages during his 30 years in exile.
News
4 years ago
Next Article