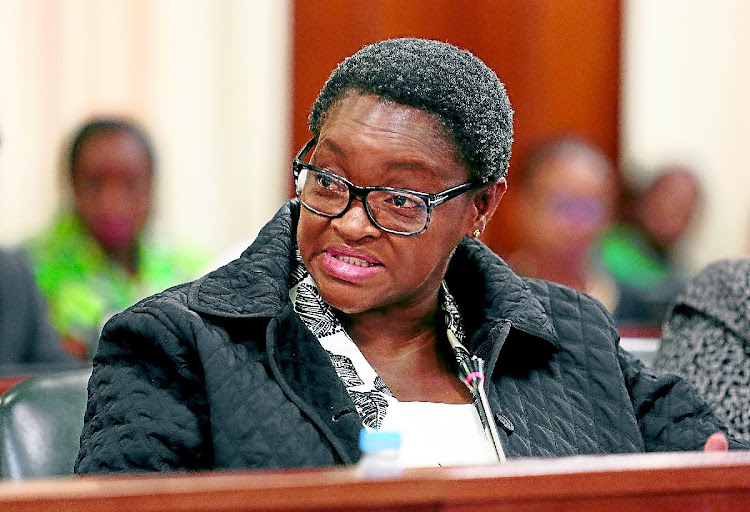 Social development minister Bathabile Dlamini is likely to face more tough questions on Tuesday at an inquiry into her role in the social grants crisis.

On Monday‚ Dlamini‚ who chose to testify in her home language‚ Zulu‚ defended her role in the establishment of work streams‚ which were to deal with challenges pertaining to the administering of social grants.

The inquiry started on Monday and is chaired by retired judge Bernard Ngoepe.

The inquiry is a directive of the Constitutional Court‚ which last year ordered that it be set up to determine Dlamini's roles and responsibilities as social development minister.

The court found that the inquiry was necessary to test allegations made about Dlamini's role in the grants crisis.

Bathabile Dlamini said there was nothing sinister about her decision to appoint work streams.
News
4 years ago

Former SA Social Security Agency (Sassa) chief executive Thokozani Magwaza had alleged in an affidavit filed to the Constitutional Court that Dlamini had appointed workstreams‚ which were to directly report to her‚ a move he claimed was in contravention of governance protocol.

During the inquiry‚ Dlamini stated that there was nothing sinister about her decision to establish the workstreams. She said the process was not parallel to the role that Sassa played and that the agency knew what their role was.

Dlamini said her decision to appoint the workstreams was preceded by "thorough" consultation with Sassa and a product of the recommendations of a ministerial advisory committee.

She said she did not find it necessary to include her role in the establishment of the workstreams in an affidavit she filed to the Constitutional Court.

The Black Sash Trust approached the court in March after Sassa acknowledged it would not be able to pay millions of grants from April 1‚ despite promising the court in November 2015 it would do so.

Bathabile Dlamini has opted to give her evidence in Zulu.
News
4 years ago

The SABC has admitted that it had not complied with its editorial policy when the Department of Social Development was to pay R149 000 for Minister ...
News
4 years ago
Next Article