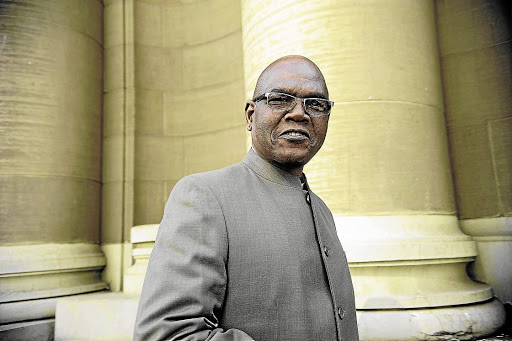 Former police commissioner Riah Phiyega has claimed she refused to declassify crucial evidence in the General Richard Mdluli fraud and corruption case because the originals were nowhere to be found.

Phiyega revealed this in an interview with Sowetan as she sought to clear her name following criticism that she may have helped protect the controversial former crime intelligence boss.

Freedom Under Law, an NGO which pursued the charges against Mdluli, said failure to declassify the evidence had helped Mdluli get away scot-free, both at SAPS and in the court of law.

Suspended crime intelligence boss Richard Mdluli has through “mutual agreement” been relieved of all his duties.
News
4 years ago

The documents with classified information contained what many believed to be damning evidence against Mdluli relating to travel expense information of crime intelligence operatives.

He faced fraud and corruption charges related to the alleged abuse of the police's crime intelligence division's slush fund involving sanctioning the use of millions of rands for private benefit, including buying luxury cars.

Phiyega said multiple court challenges faced by Mdluli around 2012 and 2013 also ensured he dodged the bullet of an internal inquiry, which saw his co-accused Major-General Solly Lazarus expelled from the police on similar charges.

Mdluli's fraud and corruption case was struck off the roll over two years ago.

Ntlemeza‚ Mdluli out for good - Mbalula

Controversial Hawks boss General Berning Ntlemeza and crime intelligence boss Richard Mdluli‚ who has been on suspension for years‚ are on their way ...
News
4 years ago

The National Prosecuting Authority (NPA) and the Hawks, in their bid to present evidence in court against Mdluli, failed to get the evidence declassified by Phiyega.

She said she requested the originals from the Hawks and crime intelligence but "nobody could produce" them.

"I had to decide whether I become unlawful and sign against Miss [law]... the catch was if I sign, I become a criminal,"

NPA spokesman Luvuyo Mfaku said: "We have nothing to do with classification [of information], it's a police issue".

Hawks spokesman Brigadier Hangwani Mulaudzi said: "We are not in a position to comment on a matter that's still pending."