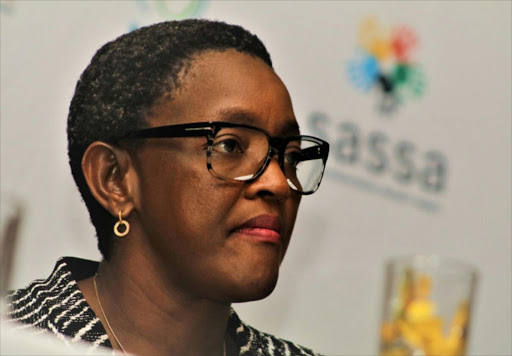 Social development minister Bathabile Dlamini said on Monday there was nothing sinister about her decision to appoint work streams to deal with the administering of social grants.

"It is true that I directed that the specified work stream leaders be appointed by Sassa (SA Social Security Agency) ... and that the leaders of the work streams would report directly to me during the implementation process‚" Dlamini said in a statement submitted in November. Dlamini is appearing before an inquiry into her role in the social grants fiasco. The inquiry started on Monday.

The Constitutional Court last year ordered that an inquiry be established to set out Dlamini's roles and responsibilities as social development minister. The court found that it could not make an "adverse" order against the minister on the basis of allegations that have not been tested. It ordered that all parties involved in the matter appoint a judge to investigate whether Dlamini should be held liable for the grants saga.

In her statement‚ Dlamini says her decision to appoint the work streams was preceded by "thorough" consultation with Sassa and that it was a product of the recommendations of a ministerial advisory committee.

Asked by her counsel before the inquiry if the appointment of the work streams was known to Sassa‚ Dlamini said: "Yes. There was communication with Sassa about the appointment of the work streams. There was a meeting called. The CEO of Sassa and the provincial manager were there. If I remember correctly‚ there were also people from the European Union who were assisting us."

In its judgment‚ the Constitutional Court said the issue of work streams could indicate whether Dlamini had acted in good faith or not.

"These are serious allegations. If it is correct that the minister appointed the members of the work streams and that they reported directly to her in contravention of governance protocol‚ then her failure to disclose this to the court bears strongly on whether she acted in good faith or not‚" said Justice Johan Froneman in a judgment handed down last year.