Maimane demands arrest of Zwane and Magashule over Estina saga 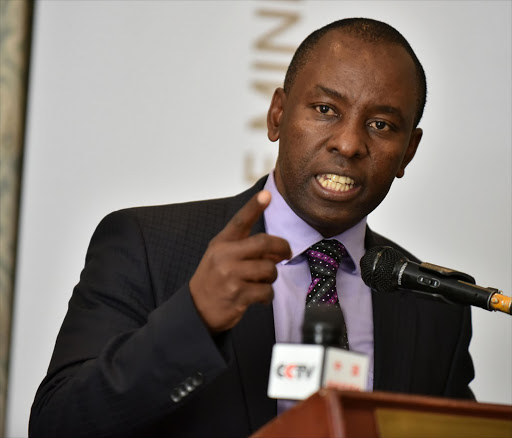 DA Leader Mmusi Maimane called for the arrest of government officials implicated in the capture of the Estina Dairy project in Vrede as the NPA’s asset forfeiture unit placed the project under curatorship.

He described the dairy farm as a “devious corrupt scheme” thought up by those who represent the ANC.

“Ace Magashule‚ Mosebenzi Zwane and their fellow comrades stole public money to pay for a Gupta wedding in Sun City.

“But the worse crime here is that those who thought up this evil plan are still in government today. One of them has just been elected to the Top 6 of the ANC. The other is still a minister in President Zuma’s cabinet‚” he said.

He called for them to be fired from their government posts and said their retention was an insult to the country.

“These are thugs and crooks. They belong in prison‚ not government‚" Maimane charged.

“I welcome the decision by the NPA’s Asset Forfeiture Unit to intervene and take control of the farm by placing it under its curatorship. This ought to have been done four years ago when we knew about this‚ not only now when it’s politically convenient.

“This must lead to reclaiming the stolen money‚ and returning it to the intended beneficiaries. And it must lead to legal accountability for Ace Magashule and Mosebenzi Zwane‚” he said.

The Bloemfontein High Court granted the AFU a preservation order‚ stipulating that an amount not exceeding R220‚202‚652 “which constitutes proceeds of crime” could be seized from various bank accounts linked to the dairy project.

Court papers revealed that soon after money was paid into the dairy project’s accounts‚ the money was siphoned to the accounts of several other Gupta-linked companies.