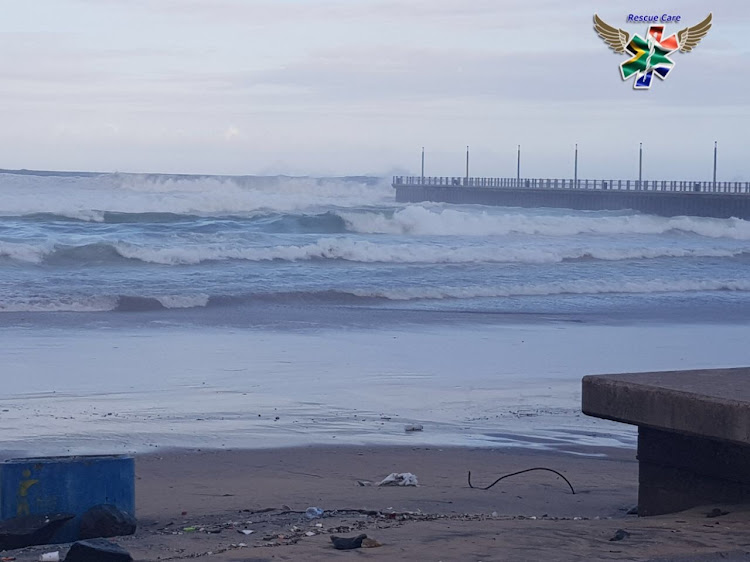 An eight-year-old girl drowned when she was washed off a pier by large waves that pummeled Durban’s North Beach on Sunday afternoon.

Rescue Care spokesman Garrith Jamieson said that beach-goers had watched in horror as the girl was swept off a concrete pier.

When the alarm was raised‚ Ethekwini metro life guards launched a rescue boat and managed to find the child in the large swells.

“She was standing on the pier and she was washed off the pier by large waves which are currently battering the promenade on Durban’s Golden Mile‚” he said.

“Advanced Life Support Paramedics attempted a resuscitation‚ however‚ it was unsuccessful. Sadly she was declared dead at the scene.”