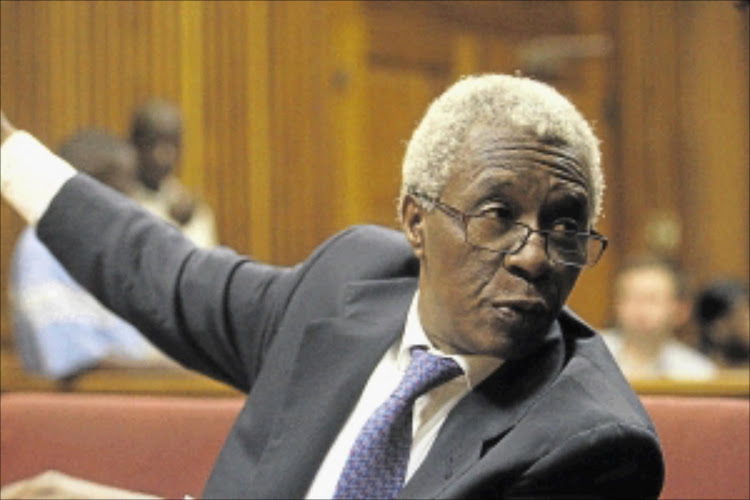 The utterances that Judge Nkola Motata made at the scene of an accident in January 2007 were not racist remarks‚ but they were vulgar.

This is the submission made by counsel for Motata‚ Themba Skosana‚ before the Judicial Conduct Tribunal appointed to investigate and report on the complaints lodged with the Judicial Service Commission against Motata.

The complaints‚ by AfriForum and an advocate from the Johannesburg Bar Gerrit Pretorius SC‚ arose from an incident in January 2007 when Motata crashed into the wall of a house belonging to Richard Baird.

Motata was convicted of driving under the influence of alcohol.

AfriForum alleged that Motata made racist remarks to Baird‚ such as "No boer is going to undermine me ... this used to be a white man's land".

Pretorius's complaint was that the manner in which Motata conducted his defence during his criminal trial‚ including putting an incorrect version to the witnesses - that he was not drunk‚ was inconsistent with the ethics of judicial office and thus rendered him guilty of gross misconduct.

The tribunal heard witnesses on Wednesday‚ and postponed the hearing until Friday to hear closing arguments.

Themba Skosana‚ for Motata‚ told the tribunal that Motata had been provoked to make the utterances directed at Baird.

Skosana said when Motata used those vulgar words‚ he was responding to what Baird had done when he arrived at the accident scene.

Motata testified on Wednesday that Baird removed Motata's car keys and called him a "drunk k****r".

Although Motata retired last year‚ he still receives a judge's salary and other allowances for life.

If a tribunal finds that a judge should be impeached‚ it must refer the finding to the National Assembly‚ which must have a two-thirds majority vote‚ to be sanctioned by the president.

If the president sanctions the impeachment‚ that judge would no longer be entitled to a salary‚ allowances and all benefits received by judges.